From the perspective of origin and need for protection, the habitats of the Nature Park can be divided into: natural, semi-natural (antropogenically conditioned), and artificial habitats. According to the national classification of habitats, there are 12 types of terrestrial habitats in Nature Park Telašćica.

Natural habitats in the area of Nature Park Telašćica include: forest habitats, seashore, and sea.

Semi-natural habitats formed under the influence of human activities, such as deforestation, etc. are semi-natural grasslands and thickets, and the application of active management, such as grazing or removing of overgrowing vegetation is necessary for their maintenance. Most of the grassland habitats of Nature Park Telašćica were formed by centuries-long livestock breeding in the Nature Park area. A new habitat caused the settling of new species of plants, animals and fungi. For this reason, grasslands are today crucial for the maintenance of overall biological and landscape diversity in the Nature Park. Due to a decrease of intensity and abandoning of livestock breeding in the second half of the 20th century, all types of grasslands were left to natural succession, i.e. growth of forest woody species. The process endangered all types of plants, animals and fungi associated with the grasslands.

In the area of the Nature Park there are several ponds which have been created and maintained by people for the purpose of agriculture and livestock breeding. As with the grasslands, the abandoning of livestock breeding exposed the ponds to the process of backfilling, succession and drying out. The process endangered the species associated with these wetlands. Given the small amount of surface water present in the Nature Park area, the ponds present important localities for the entire fauna of the area.

Artificial habitats refer to cultivated and non-forested areas, mainly gardens (in the fields) and olive groves, which are also very important for the preservation of the distinctiveness of the cultural landscape of the Nature Park. Due to the abandoning of agriculture, the fields were abandoned, too. 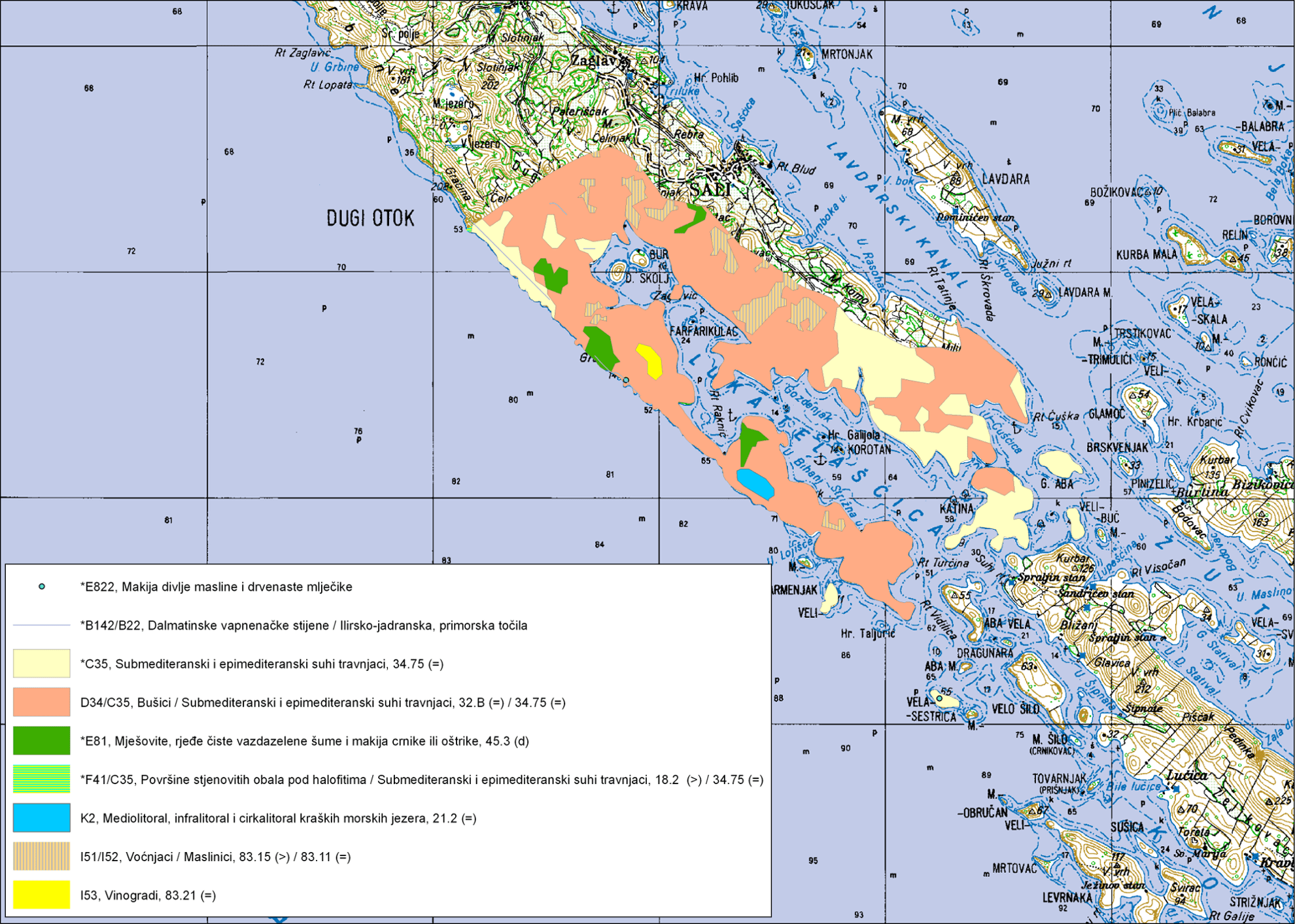