According to archaeological traces, during the formation of the Roman State the area of Dugi Otok was Liburnian territory. With regard to historical sources in which Liburnians are referred to as Roman allies, this area entered the Roman State peacefully. However, despite the Liburnian-Roman alliance, the last two centuries BC were extremely uncertain times in the Adriatic, which is reflected in the traces of ancient shipwrecks in the area of Zadar and Šibenik maritime zone. The fact that the Liburnians were skilled sailors is corroborated by the information provided by Appian, that the Romans in 35 BC confiscated Liburnian ships to punish them for piracy. The consolidation of the Roman Empire in the 1st century AD had changed the economic and political situation, and the interest of Roman landowners in natural resources on the islands around Zadar grew. It was at that time when many farming estates were built (villae rusticae) on Dugi Otok as private properties of urban landowners of the Roman colony (Iader – Zadar), with mainly farming but also country estate functions, where the farming relied on the cultivation of olive trees and grape vine, as well as the use of marine resources (fishing, fish processing, production of salt). The remains of such a villa erected during the reign of Emperor Trajan are located in a narrow sea strait of Mala Proversa underneath Mrkotin hill in Telašćica. This ancient farm and mansion complex was built deliberately on this location because in Roman times the strait had not been navigable. It is supposed that, at the time when Dugi Otok, Katina and Kornat used to be a single island, the Romans dug a channel along the strait, resulting in stronger circulation of the sea in both directions which attracted fish. The building complex had a length of more than 90 m, and the finding of money with the figure of the Roman emperor Trajan proves that the complex was built during the best period of Roman architecture (1st century AD). Given that the sea level rose 1 m until today, in the last century this channel was mined in order to create a strait passage for ships. Thus, most of the architectural remains disappeared, some through sea activity, some through explosions. In spite of this, architectural remains are still visible remains of architecture, primarily pools for collecting rainwater and vivariums for keeping live fish. The 1783 Geronci topographic map shows this complex as “una fabbrica diroccata” (demolished factory). Archaeological research was carried out during the 1950s, and its findings are preserved in the Archaeological Museum in Zadar. In 2015 the villa was preserved, and is currently in a process of placing it under permanent protection of the Ministry of Culture of the Republic of Croatia.

The use of space on the island in ancient times is evident in visible traces of Roman quarries on the island (Kobiljak, Lavdara, Savar), installations of ports (Čišćica, Veli Rat, Kornati) and underwater saltworks (Jaz, Brbinj, Soline), shipwrecks (Cape Lopata), and fragments of ceramics and amforae in the fields and underwater world of Telašćica. The most common type of amphorae found in the area of the Nature Park is Lamboglia II which belongs to the widespread type of northern Italic wineries dating back to the 1st century BC. They were primarily used for the transportation of wine, and their volume was around 30 l.

Especially interesting in this period are random findings at specific locations such as the votive ara found in one of the stone walls near the Church of St. John in Stivanje Polje. The inscription says (.] T(itius?) Arthin(us)(?) / (centurio?) (cohortis?) (miliariae?) v(oto) s(uscepto) / Her(culo?) v(otum) s(olvit) Even though it is severely damaged, it can be understood that the dedicant Arthinus set this altar as a sign of gratitude because his wish had been fulfilled. One of the possible interpretations given the readability is that it is about a centurion soldier with a dedication to Hercules (who was early identified with Mars, and revered by soldiers), and the second interpretation (the less likely one) is that it is a dedication to Hermes, the patron of merchants. It dates back to the late principate, i.e. the end of the 2nd and beginning of the 3rd century AD.

In the area of Žman Lakes, a fragment of a votive ara with a dedication to the goddess Diana was found: (D(iane) A(ugustae) s(acrum) / [E]uemer(us) servus Aug(usti) / vot(um) l(ibens) s(olvit) m(erito). Given the dedication of the imperial slave as a sign of gratitude for absolution, it is suspected that there was an imperial estate in the area of Žman Lakes. The monument dates from the early principate.

A cippus found near Luka dated to the end of the 1st or beginning of the 2nd century AD is preserved today in the Archaeological Museum in Zadar. The cippus was erected by Publius Titi Nepos in honour of his wife Helvia Saturnina. The family probably belonged to the Iader (Zadar) colony, and they spent most of their lives on their estate near the present settlement Luka.

Even though on the last gasp of the Western Roman Empire, with the findings the island still testifies to the presence of man. Due to its strategic position on the maritime route East – West (Venice – Byzantium), Telašćica recorded archaeological remains as one of the safest ports of the Adriatic. One of them are now almost invisible remains of architecture on Koženjak, and considering the collected fragments of Byzantine ceramics it is assumed that there was a lookout point of Justinian (castrum). Military lookouts for the purpose of determining limits at the time of Justinian I are not uncommon, especially on the outer islands of the eastern Adriatic. Evidence of this is fortress Tureta located in the immediate vicinity of the neighbouring island of Kornat. The names of peeks of the island, such as Straža or Stražica (lookout), also point to the strategic importance. At the time of the sundown of the Western Roman Empire, with the expansion of Christianity a new era begins in the area of the Nature Park – various antique buildings are adapted and modified into churches for the needs of smaller communities, which still lived in the area using natural resources. 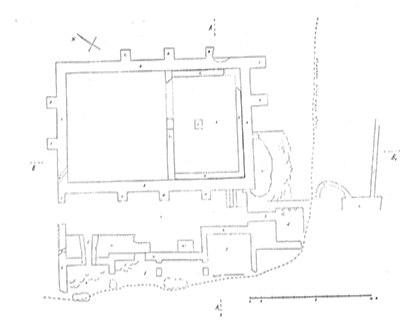 Figure 1 Layout of the explored part of the Roman villa 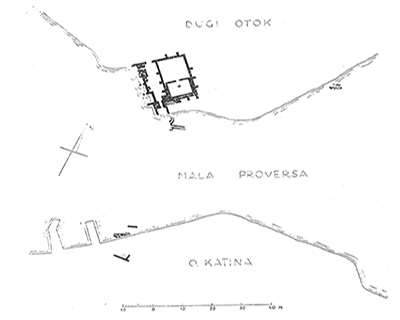 Figure 2 Location and plan of the Roman villa 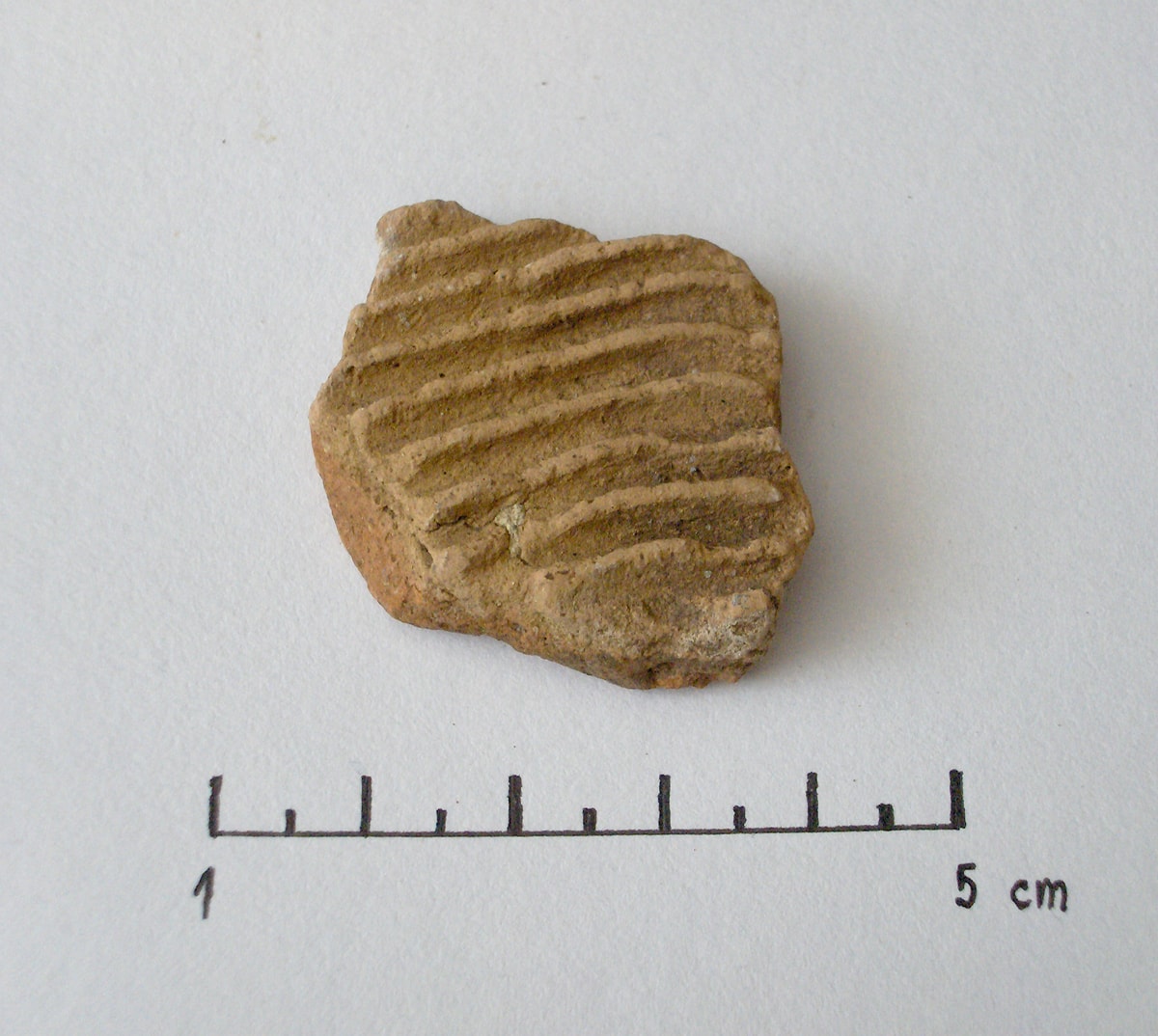 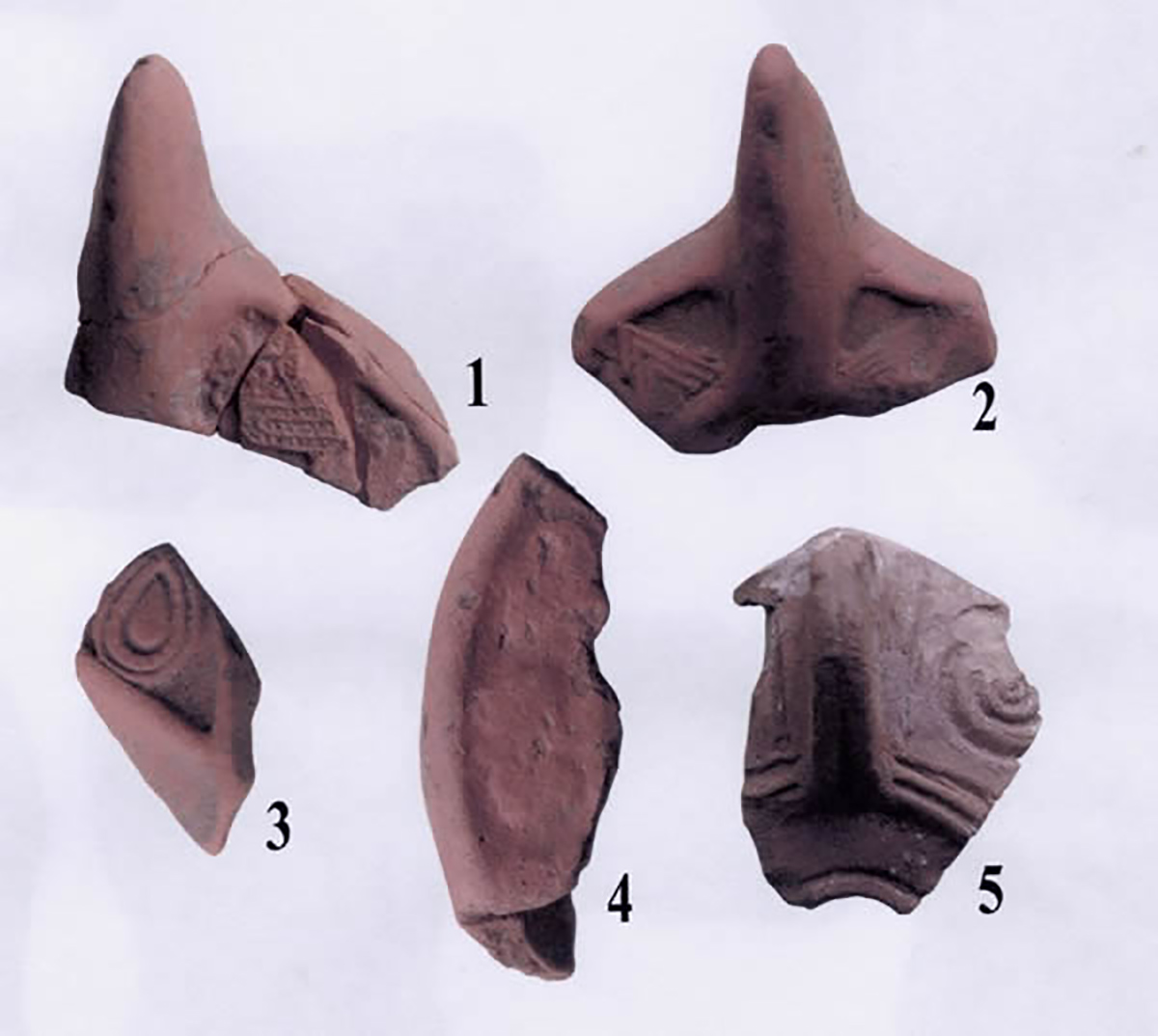 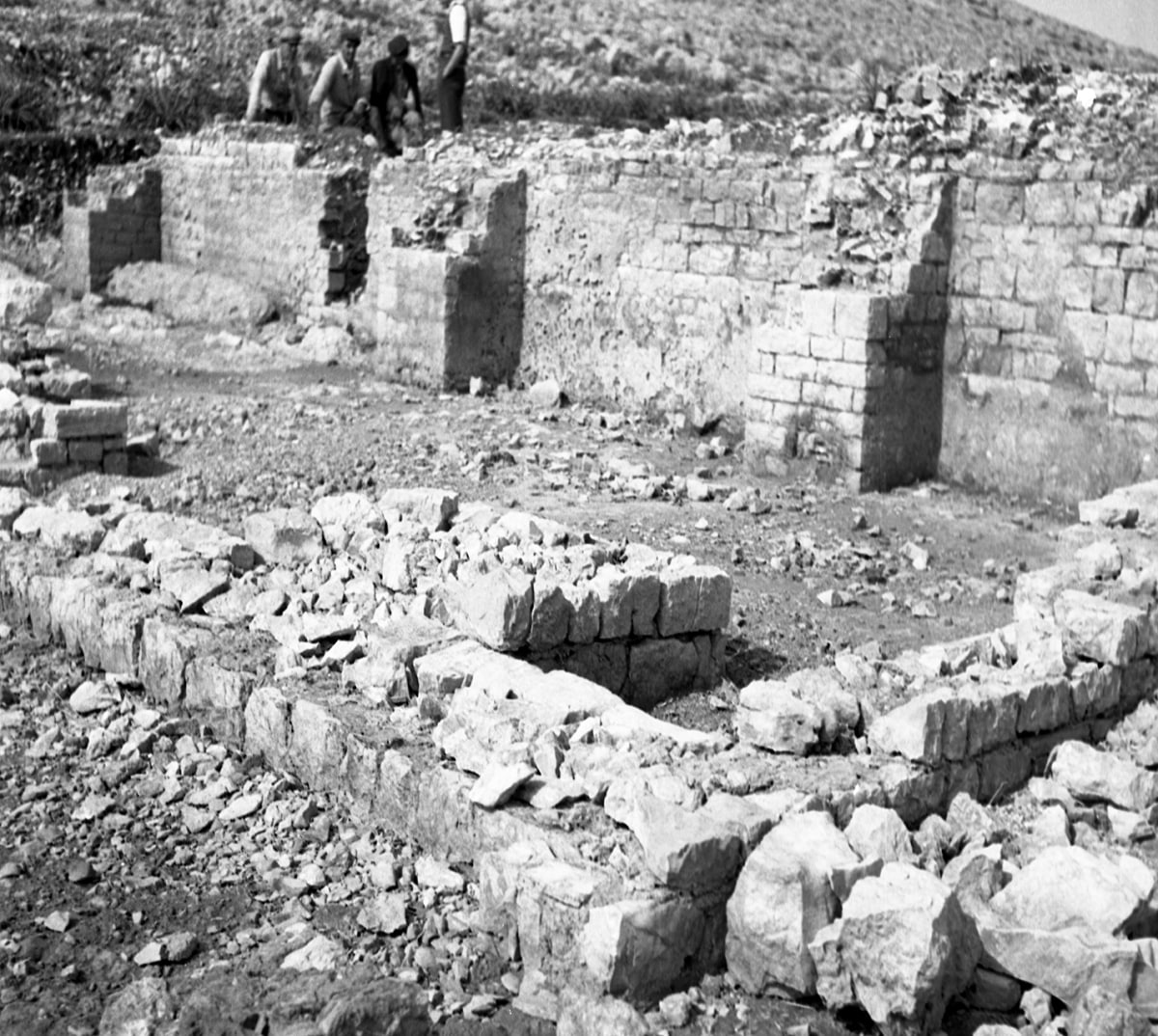 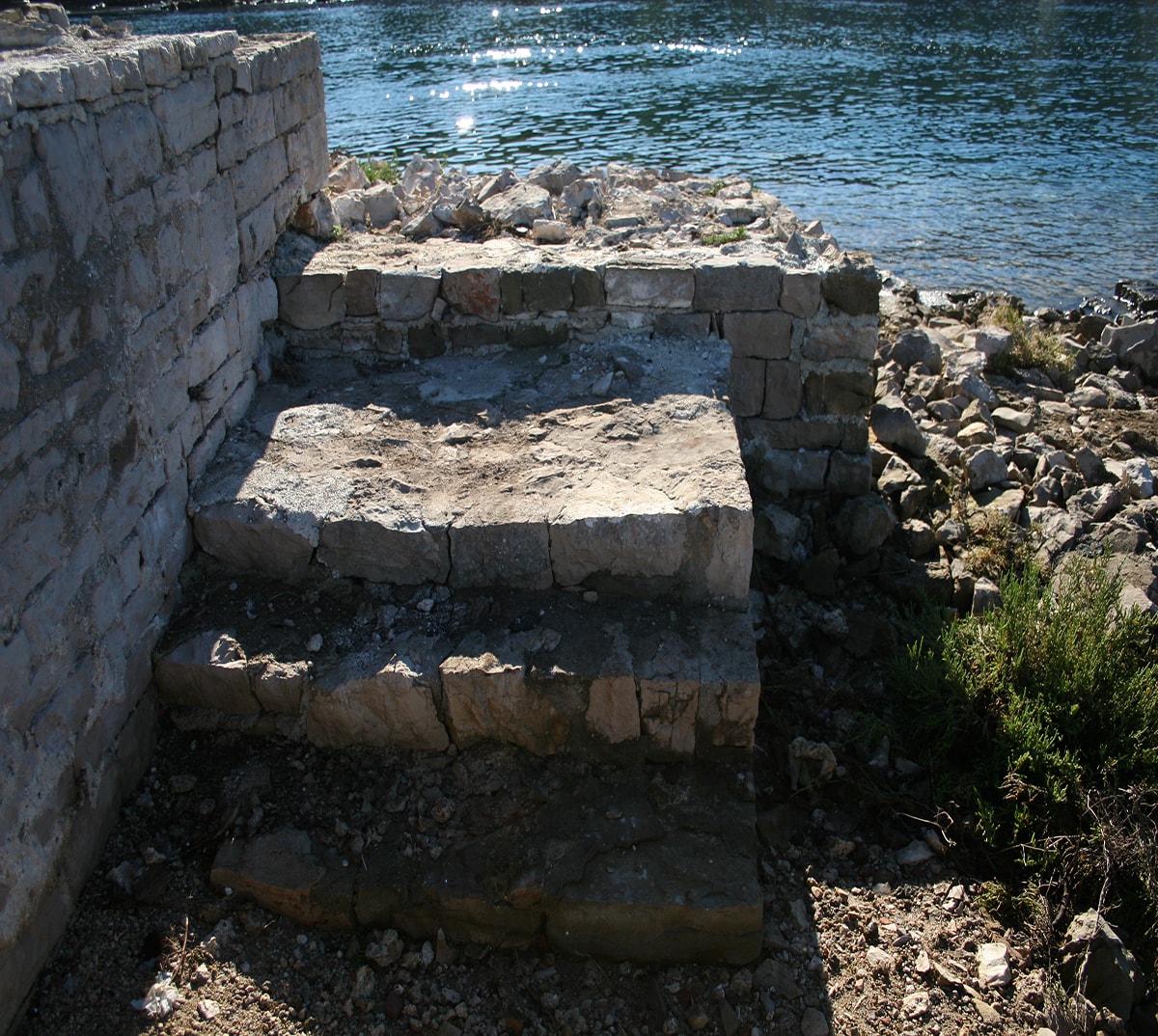 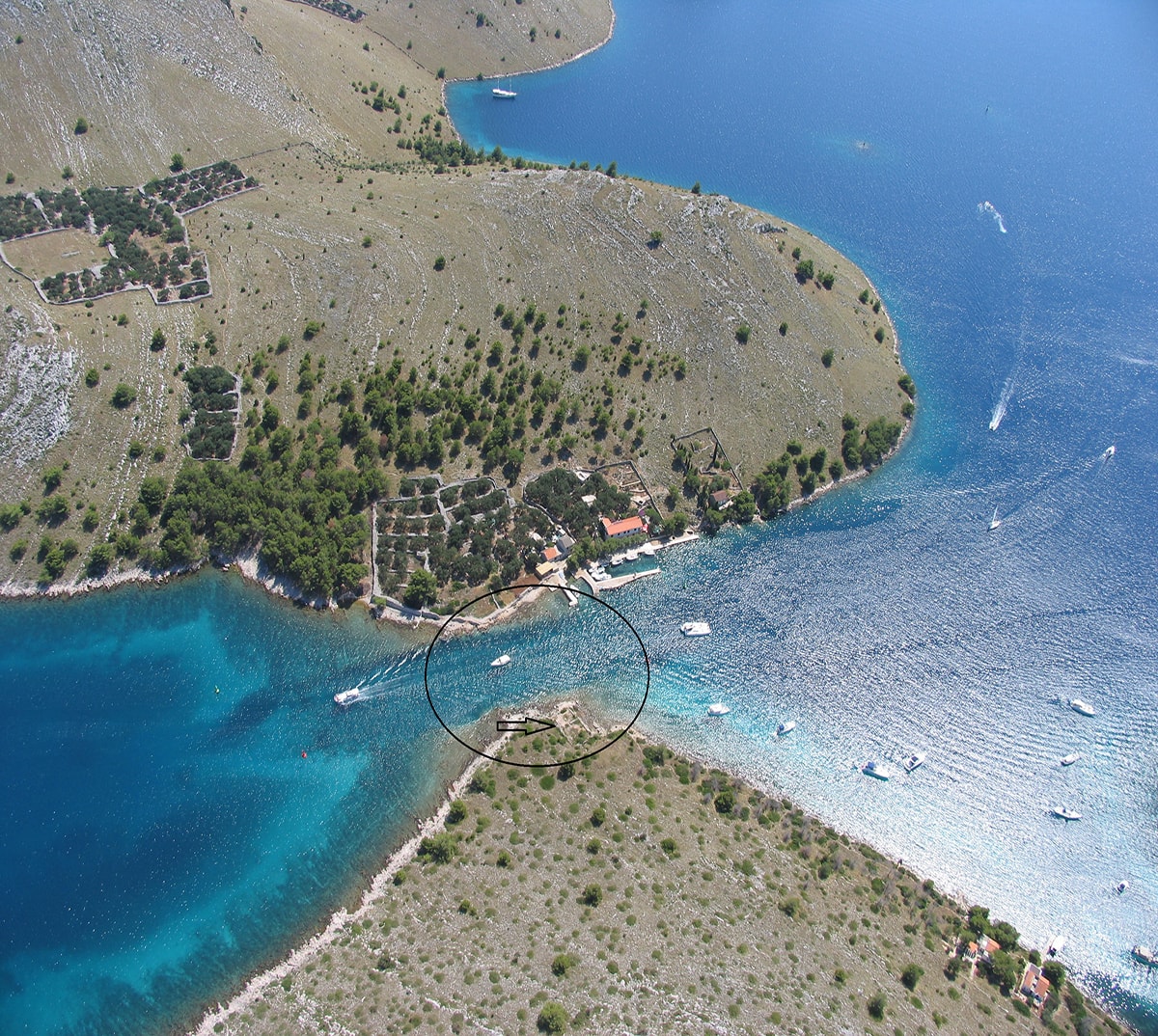 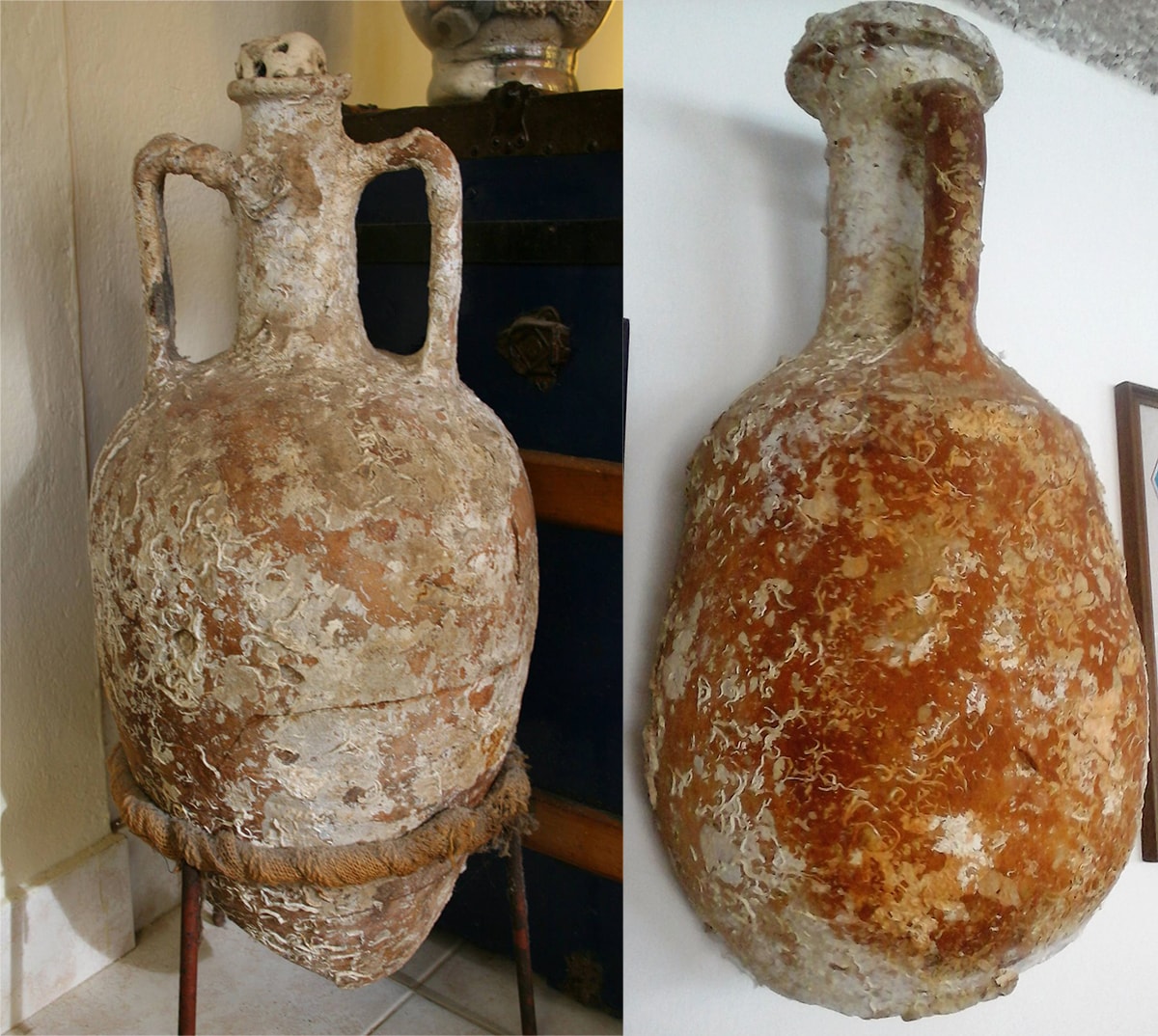 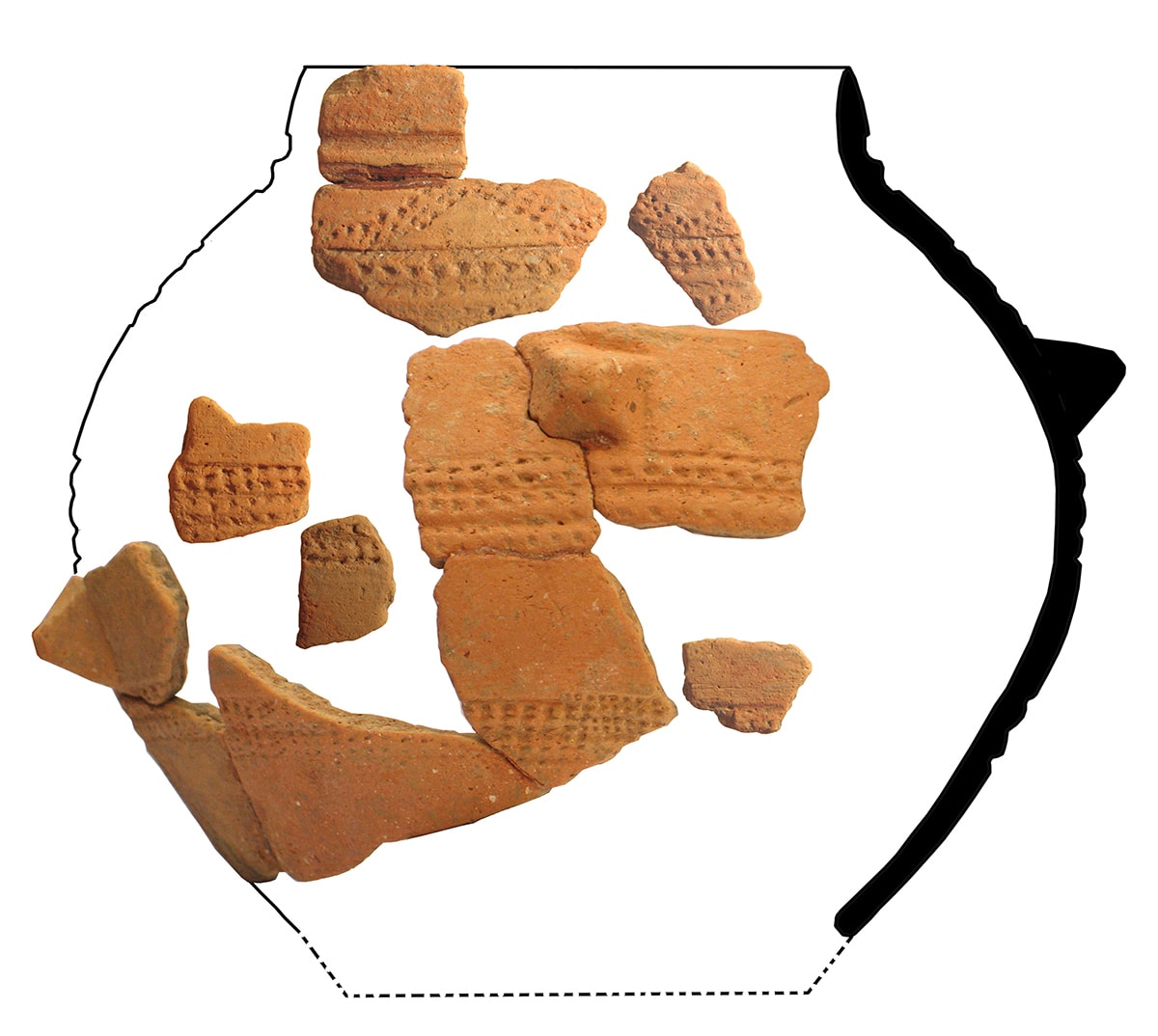