The Middle Ages and the Modern Age

The Middle Ages and the Modern Age, 20th century

The Middle Ages in Dalmatia, as well as on the islands of Zadar, was marked by various state and legal arrangements that took turns through this period of almost a thousand of years. They started with the Byzantine administration, continued with the ruling of Croatian national rulers, the Hungarian-Croatian kingdom, the Anjou period, and ended with the Venetian rule that lasted until 1797.

After the dissolution of the Venetian Republic came the so-called Period of the First Austrian Rule, followed by a short French administration (1805 – 1813), which was replaced by the Austro-Hungarian Empire, which lasted until the end of World War I (1918).

Upon the dissolution of the Austro-Hungarian Empire the islands of Zadar fall under the authority of the State of Slovenes, Croats and Serbs which becomes part of the Kingdom of Serbs, Croats and Slovenes, or later Kingdom of Yugoslavia. World War II was marked by Italian and German occupation. Since the end of World War II, the areas were part of the Federal Republic of Yugoslavia which gave rise to today’s independent Republic of Croatia.

Despite all the political turmoil the life of island farmers has not change significantly. The basis of survival has always been his skills and fruits of the stingy land and the rough sea. The process of “farmering” the population of the island can be traced through surviving documents of notaries of Zadar from the 13th century on, with a special mention of land for livestock breeding. The basic farmer mass of the island population that lived on someone else’s land or leased grazing herds was differentiated from the class of people who owned a vineyard or had their own cattle. That class was called didići. The more developed forms of society appear in the 14th century with the establishment of fraternities which played an important role in the everyday life of the island’s population. The basic activities were agriculture, livestock breeding and fishing. The settlements were originally located in the fields of Telašćica, which still hold the remains of churches, drywalls, and olive grove fences. The change of method of catching sardines (night light) had put Sali among the important fishing centres, and in the 16th century it became the most important fishing centre of the Adriatic, which slowly put out settlements in the fields, while in the port of Sali a number of residential buildings were erected that have survived until today. Only after the end of the medieval period, in the circumstances of the 17th and 18th century, the institution of rural communes appeared on the island, with a task of protecting the interests of the farmers population of the island. In addition to a strong fishing tradition, a series of agrarian reforms in the 19th and 20th century initiated livestock breeding and agricultural activities. In the Nature Park there is a large number of shepherds’ dwellings, and various piers for mooring fishing boats that bear witness to past times.

Today, residents are increasingly turning to tourism, but old habits such as fishing, maintenance of olive groves and vegetable gardens remain an integral part of island life, only to a much lesser extent. The main problem is constant emigration that commenced during the 19th century. 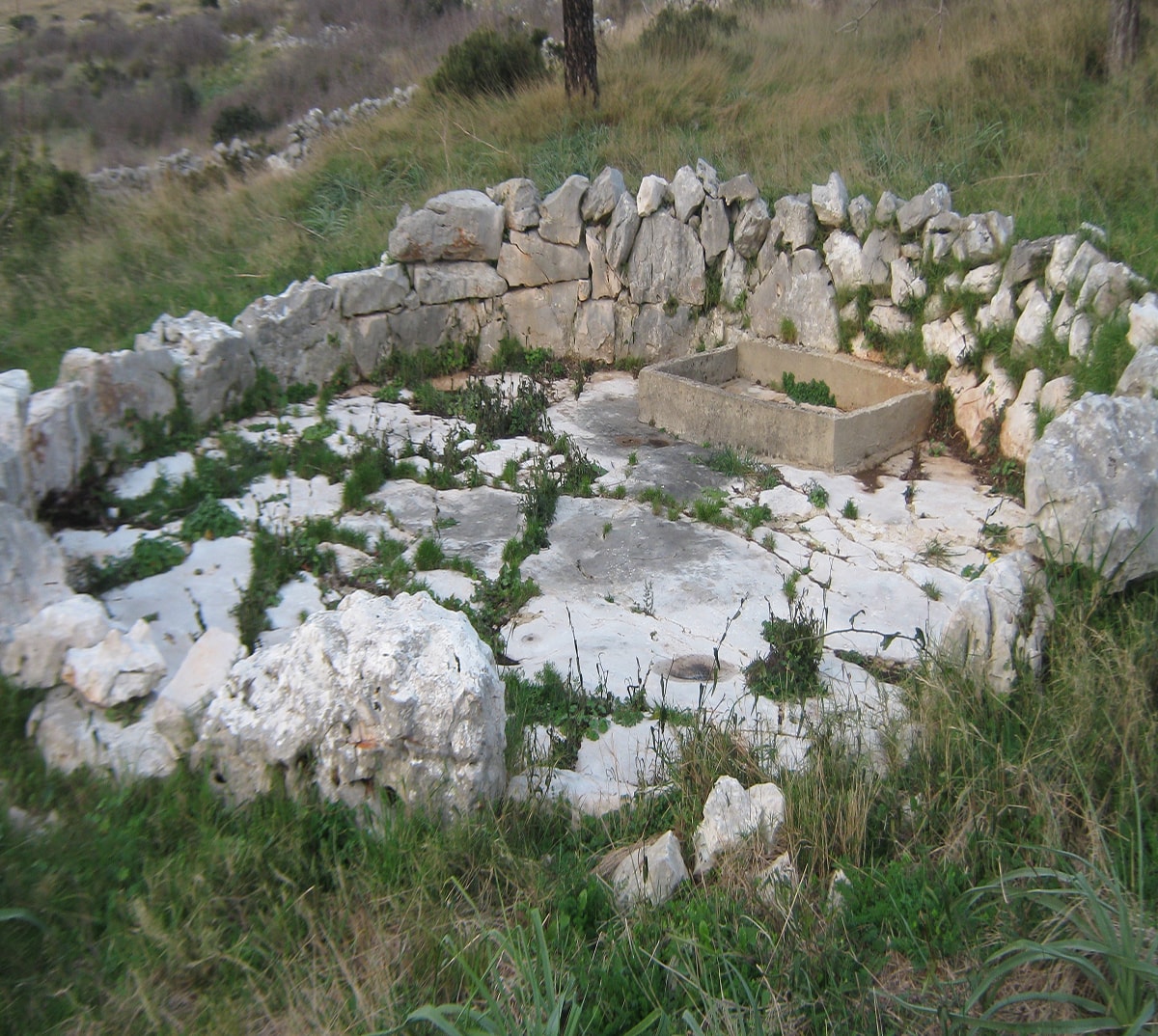 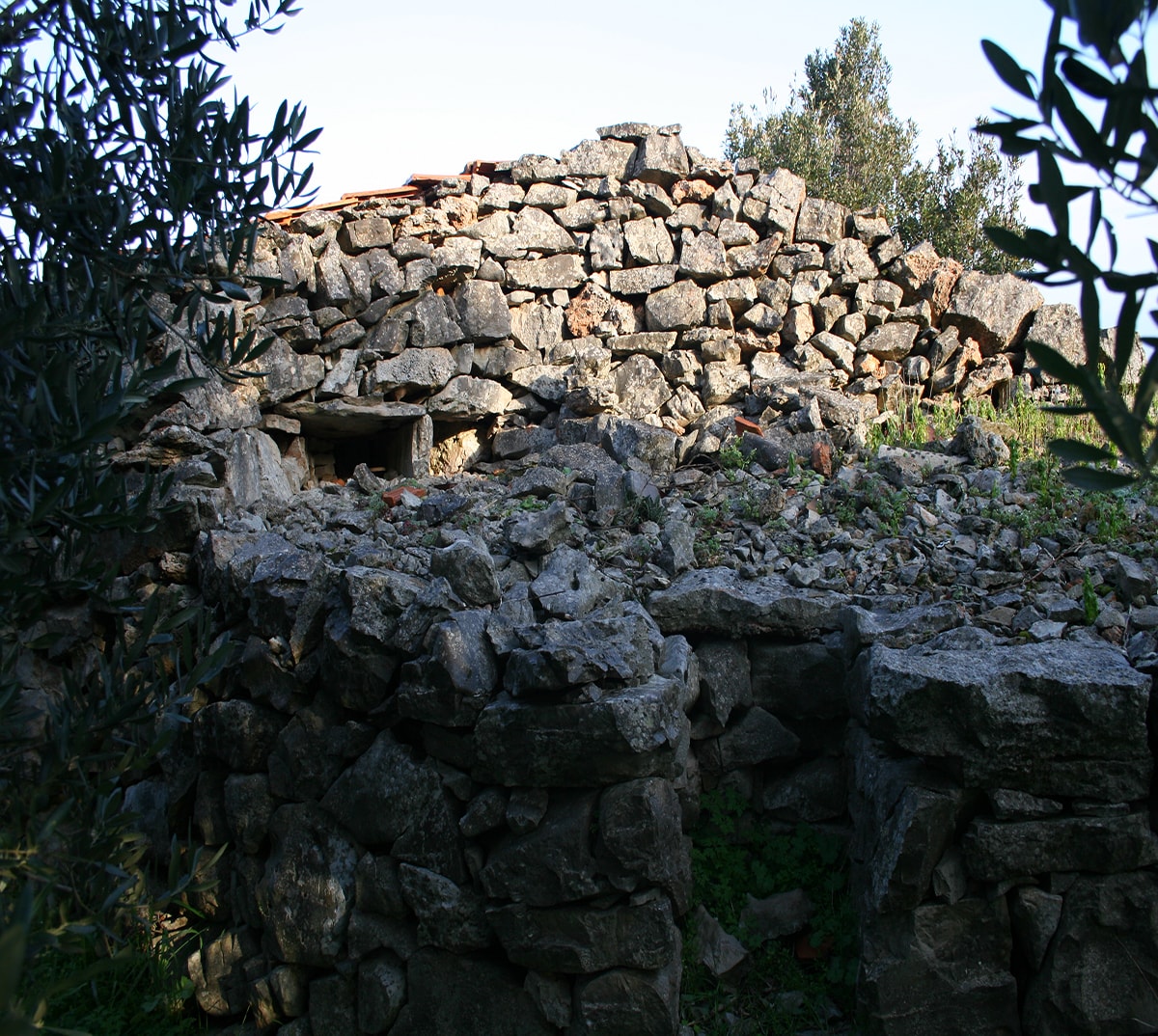 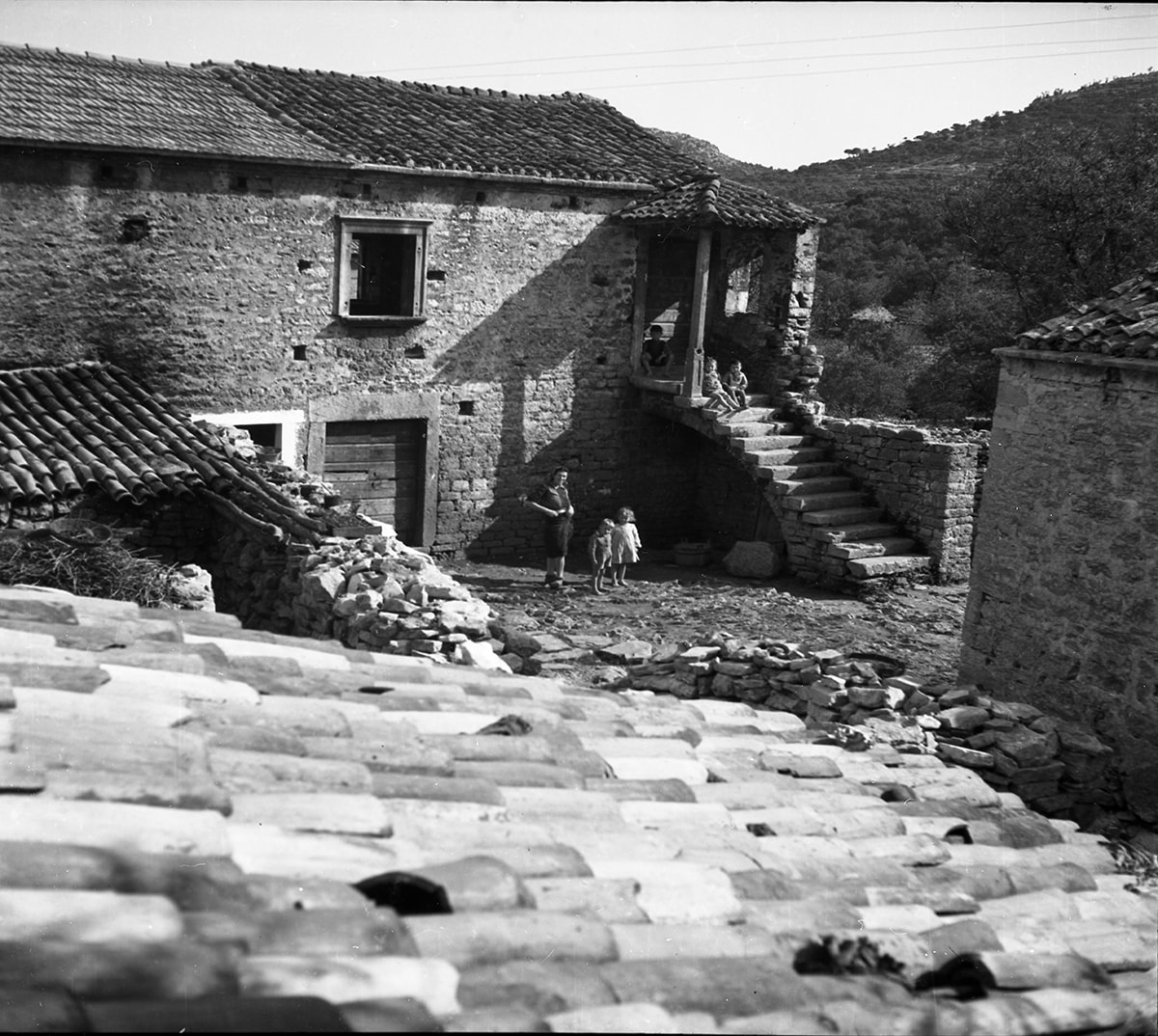 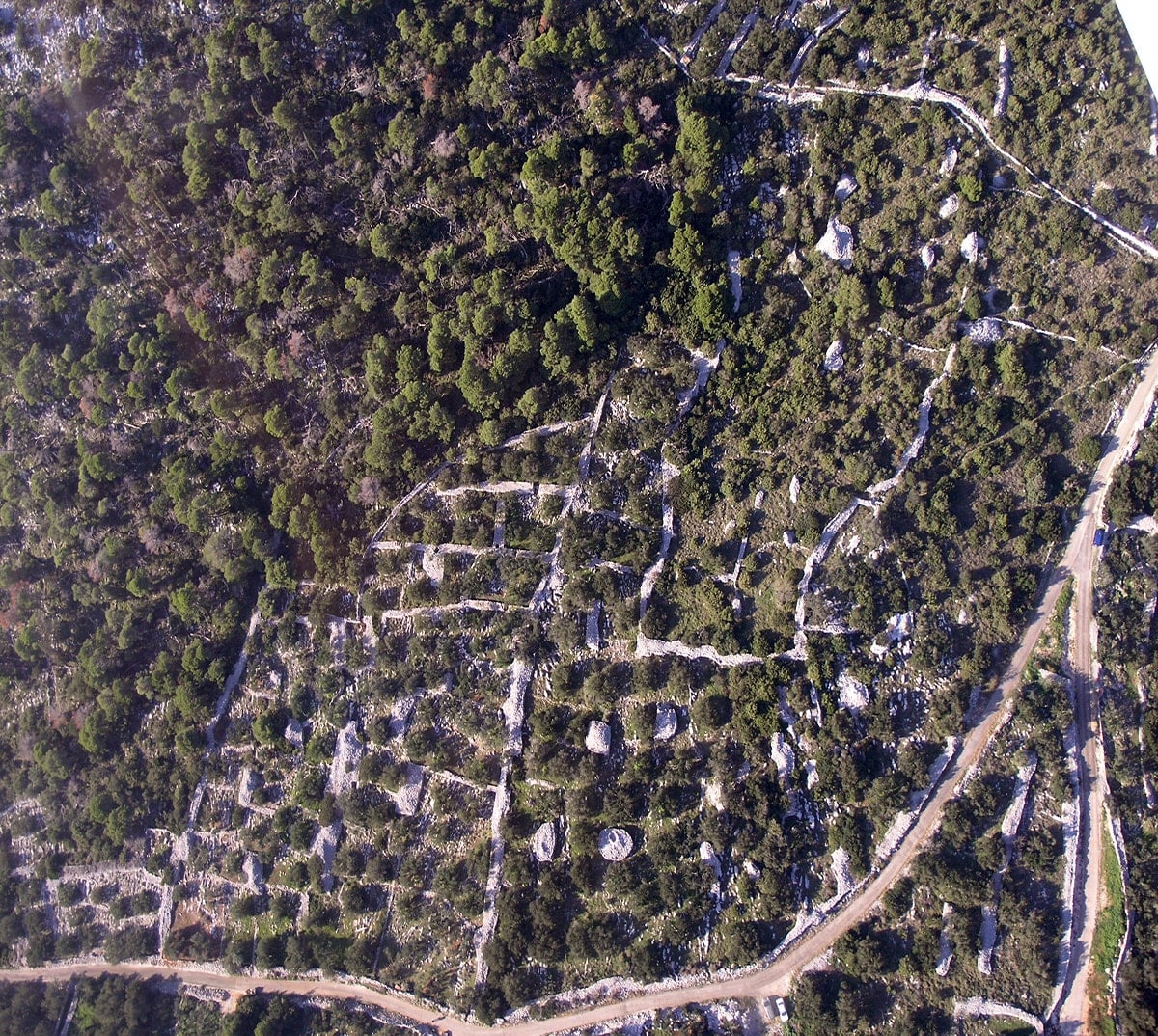 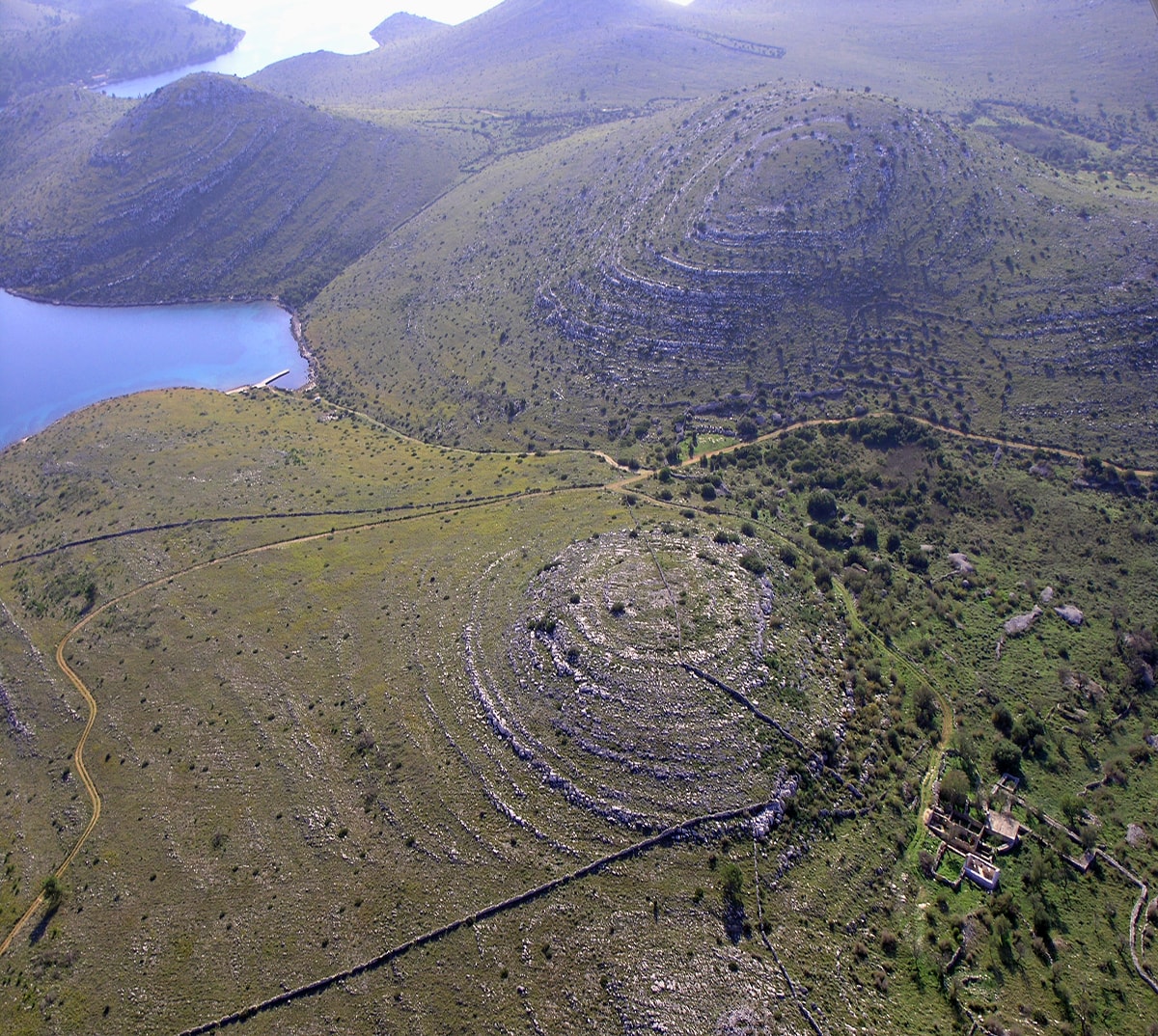