The Imperial and Royal (K.u.K.) Austro-Hungarian Empire (1867 – 1918) was a multinational state in Central Europe with rulers of the House of Habsburg. An interesting piece of information about this period is that Telašćica Bay was used by the Navy of the Monarchy for mooring and military exercises. Frequent shipwrecks caused by underwater rocks in the shallow water on the north side of Katina Island encouraged Austria to build a lighthouse in 1875 on the island of Vela Sestrica, which marks the entrance into Telašćica from the open sea. Also, at the shoal which is not visible at low tide a small building was erected to warn of the danger, the so-called Garfulin. Nautical charts are record of the suitability of the area of Telašćica as a mooring place, and the most accurate charts were made by the K.u.K. In the writings of chronicler Š. Grandova there is a record of the stay of about 80 warships of the Austro-Hungarian Navy. They stayed for approximately 2 months and performed military nautical exercises. The boats were usually anchored and tied to the shore by the stern under Katina, in Kamenična, Strižna Bay, Pod Poljice, Mir and at Cape Raknić on the outer side. On that occasion, they sunk and improvised the closing of the bay door underwater with a steel mesh, to protect the bay from submarine intrusion, in a length of over 500 m between the southwestern cape of Katina and Cape Turčin.

“In May 1906, three larger war vessels of the Austro-Hungarian Navy arrived to Telašćica. They were: ironclads “Monarch” and “Budapest” weighing 5600 tons, and K.u.K. “Maria Theresia”, an armored cruiser of 5200 tons. They sailed to anchor under Kamenična at a depth of more than 50 m. When anchoring “M. Theresia”, the entire chain went out, because the stopping device for the anchor chain was late. The end of the chain was so fast thet it cut one of the sialor’s leg off. Divers could not find the anchor and chain at the bottom, and they allegedly stated that they had found deep holes in the bottom which the anchor and chain had fallen into. Thus, the anchor and chain of “M. Theresia” still lies in the underwater of Kamenična in Telašćica. ” (source: Šime Grandov)

In addition to setting up marine signaling, during the Austro-Hungarian Empire a signalling station was also built, the so-called Signalstation at Grpašćak. It is a military lookout point that monitors safety at sea, especially on the Italian side. The Royal Navy used all Austrian forts around Zadar for lookouts and access control in order to prevent the penetration of the Italian navy towards the Zadar enclave. The Austro-Hungarian Navy was able to transmit a message from Boka to pula in half an hour, in good weather, using only signals (light or flags). The introduction of the teleprinter, and subsequently the telephone and radio connection, the significance of such stations changed. However, they were used as lookout points even later by the Royal Navy of Yugoslavia, Italians and Germans during World War II, as well as the Croatian War Navy.

“After the sinking of the battleship Szent István at Premuda on 9 June 1918, the escorting ships (battleship Tegethoff, torpedo boats – Torpedoboote Tb, 76, 77, 78, 79, 81 and 87, and the destroyer Velebit), after rescuing a drowning man, headed for Telašćica Bay where they anchored at 10:30 am on the same day. The survivors came later that day to the port of Šibenik on three torpedo boats and battleship Tegethoff, and were later transferred to Pula. According to the official list (Verlustliste), made by the navy command in Pula on 19 June 1918, 14 crew members had died, 75 had been missing, and 29 had been wounded, of which 12 had died during the sail to Telašćica. A total of 976 crew members had been rescued. To this day, the information on the burial of the deceased has not been investigated, but it can be supposed that the burial was done at the cemetery in Šibenik due to circumstances of war.” (source: Dario Petković, ˝Ratna mornarica Austro-Ugarske˝)

SMS Monarch, pre-dreadnought battleship and coastal defence ship class Monarch built by the Austro-Hungarian War Navy at the end of 19th century. She was laid in the Naval Arsenal in Pula, on 31 July 1893, as the last ship of the class. She was the first ship of its class launched on 9 May 1895. Although she was launched two months before her sister ship Wien, Monarch was the second ship of Monarch class placed at the service of the Austro-Hungarian War Navy on May 11 1898.

SMS Monarch, pre-dreadnought battleship and coastal ironclad ship class Monarch built by the Austro-Hungarian War Navy at the end of 19th century. The keel of Budapest was laid in the shipyard in Stabilimentu Tecnicu Triestine in Trieste on the same day as the keel of her sister ship Wien on 16 February 1893. She was named after the coty of Budapest, the capital of Hungary, and she was launched on 24 July 1896 as the last ship of Monarch class placed at the service of the Austro-Hungarian War Navy on 12 May 1898.

SMS Kaiserin und Königin Maria Theresia, armored cruiser in the use of the Imperial Austro-Hungarian War Navy from 1895 to 1917. The German name of the ship translates as “the Queen and Empress Maria Theresa”. 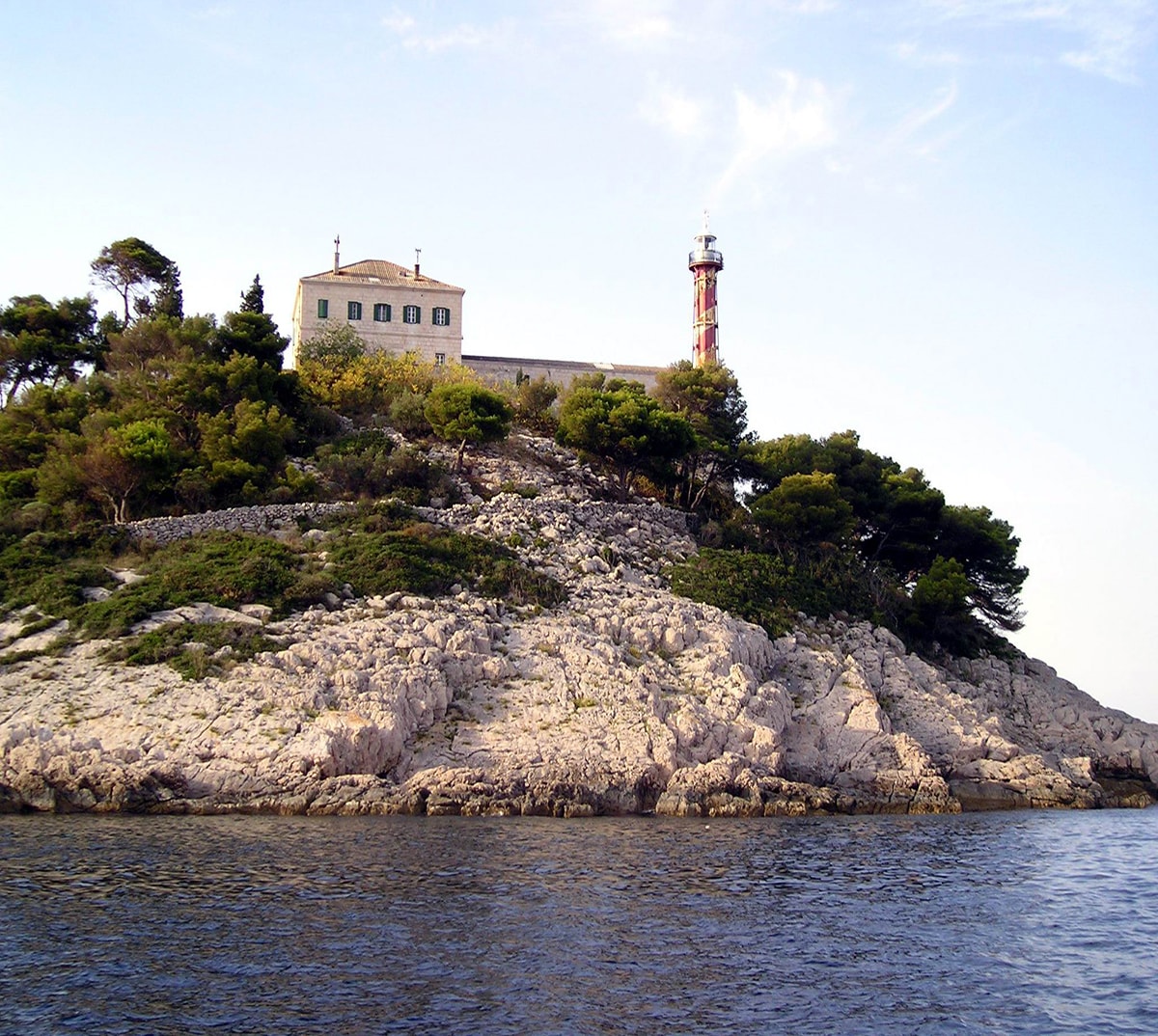 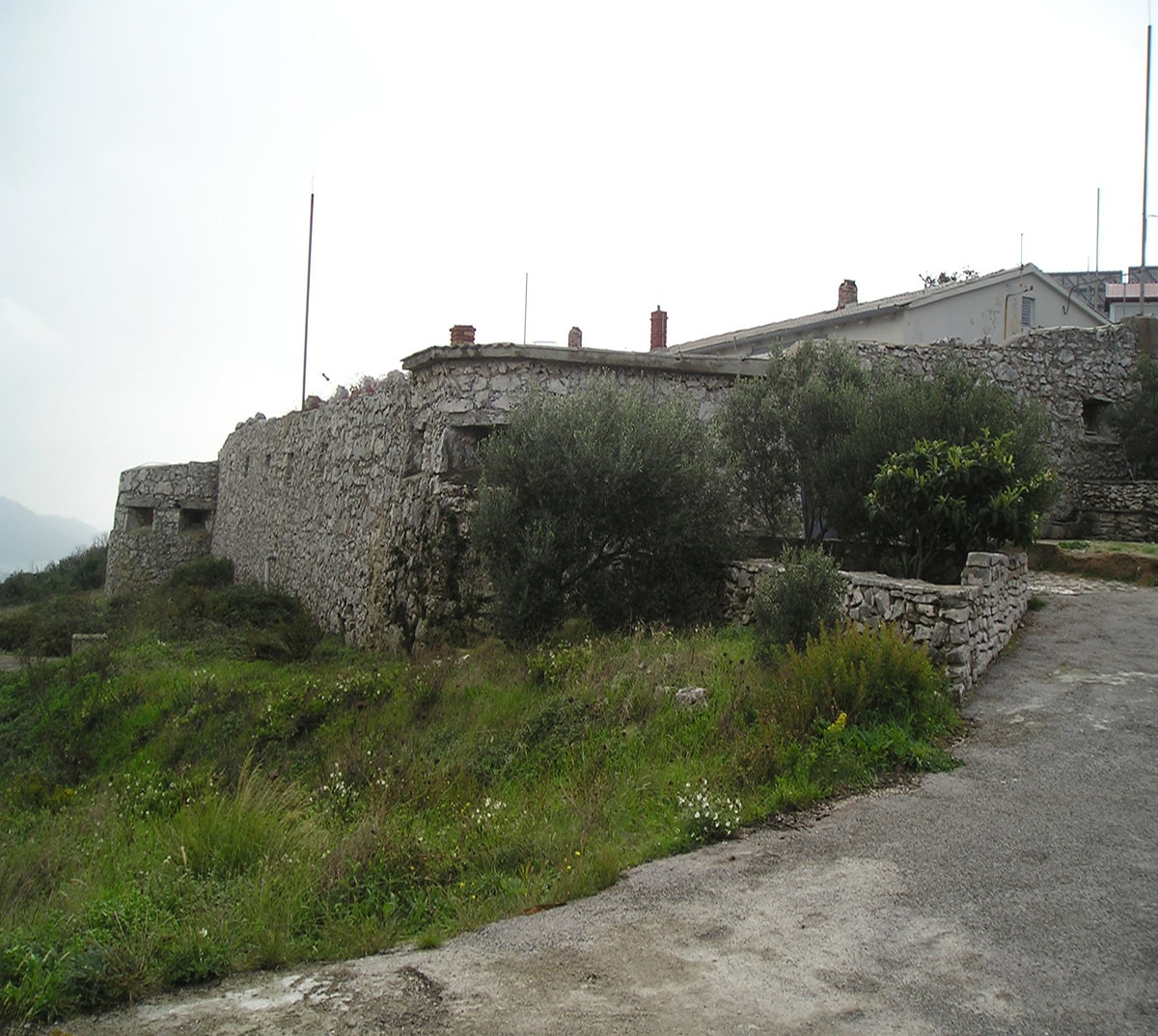 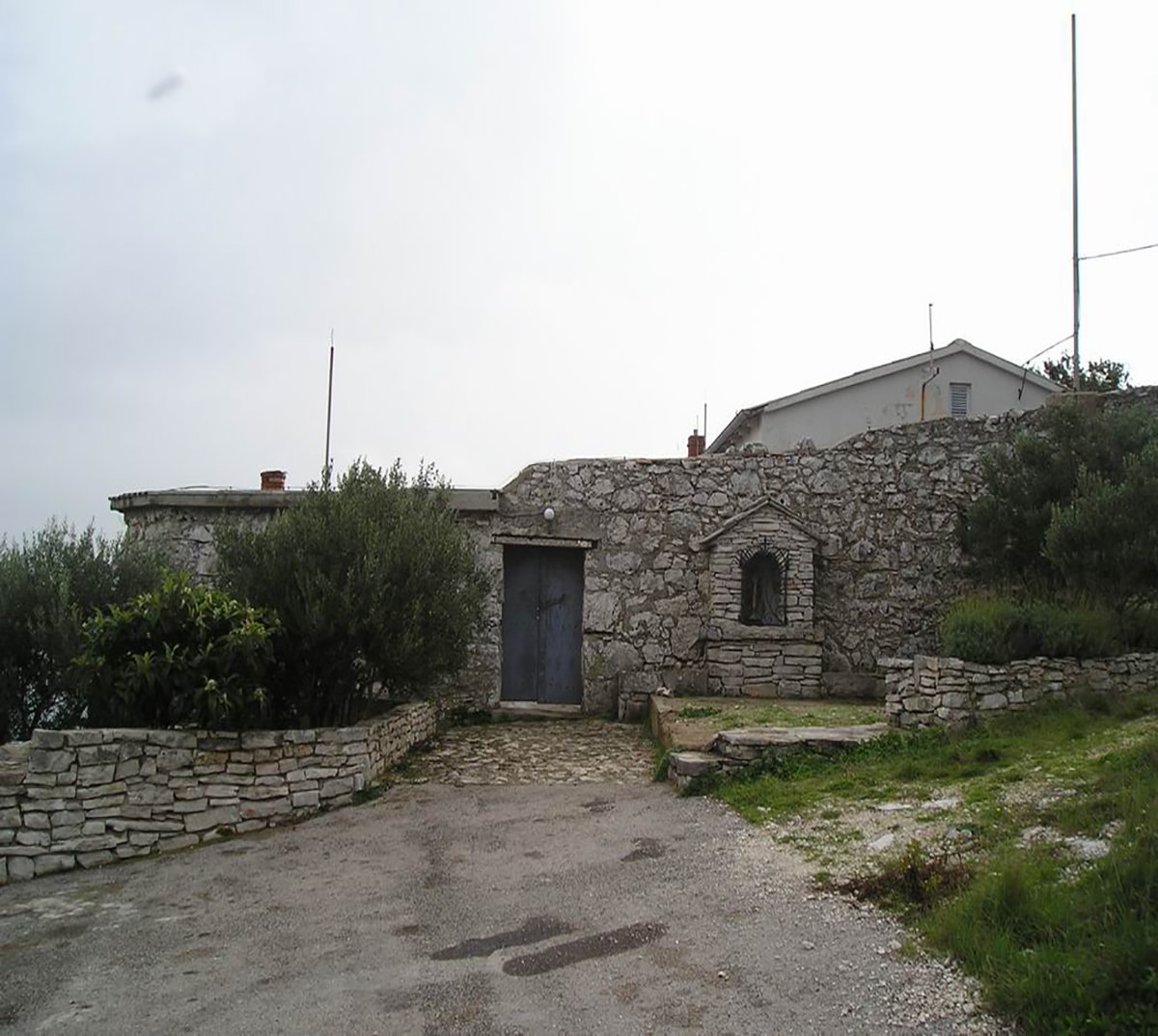 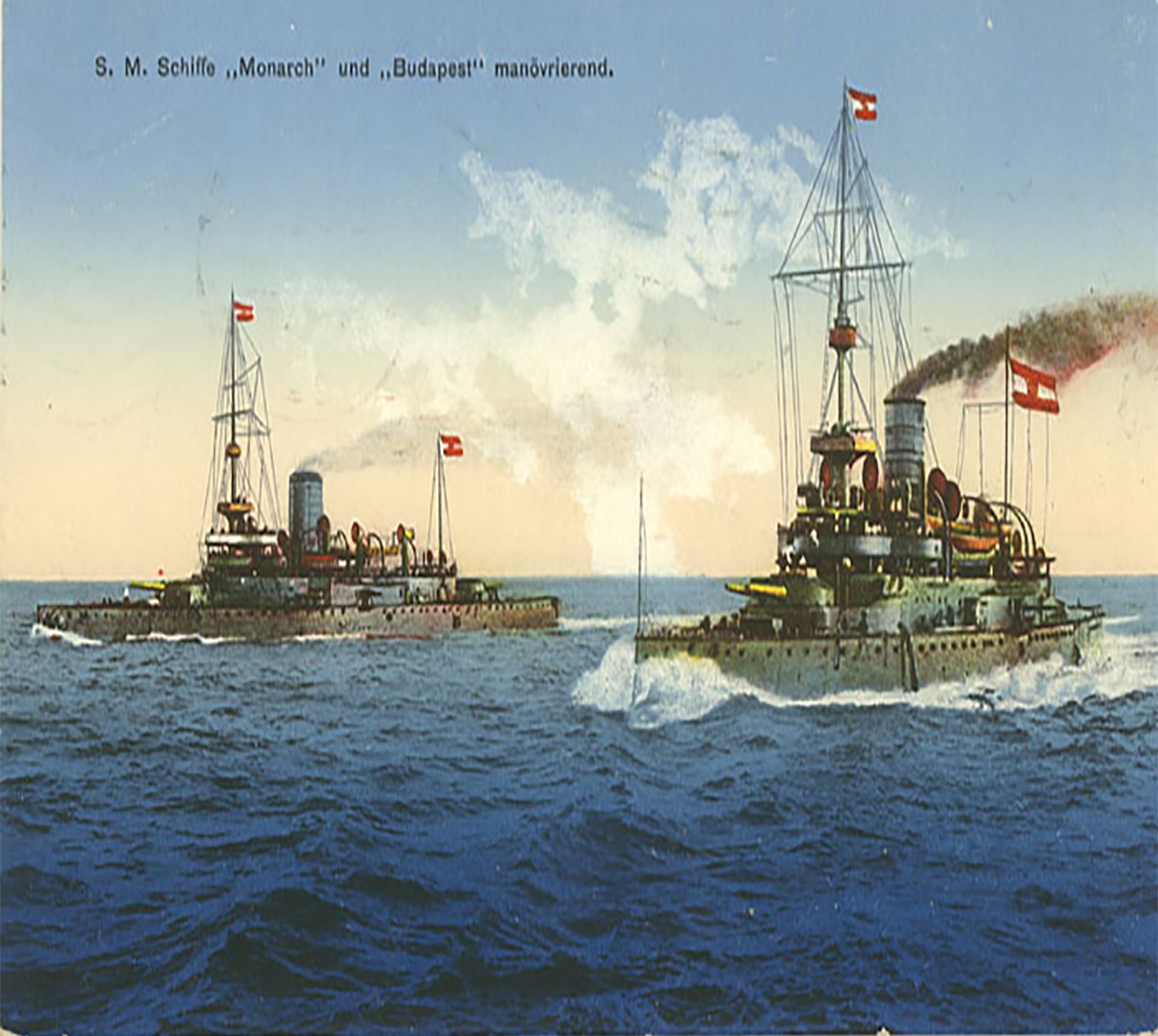 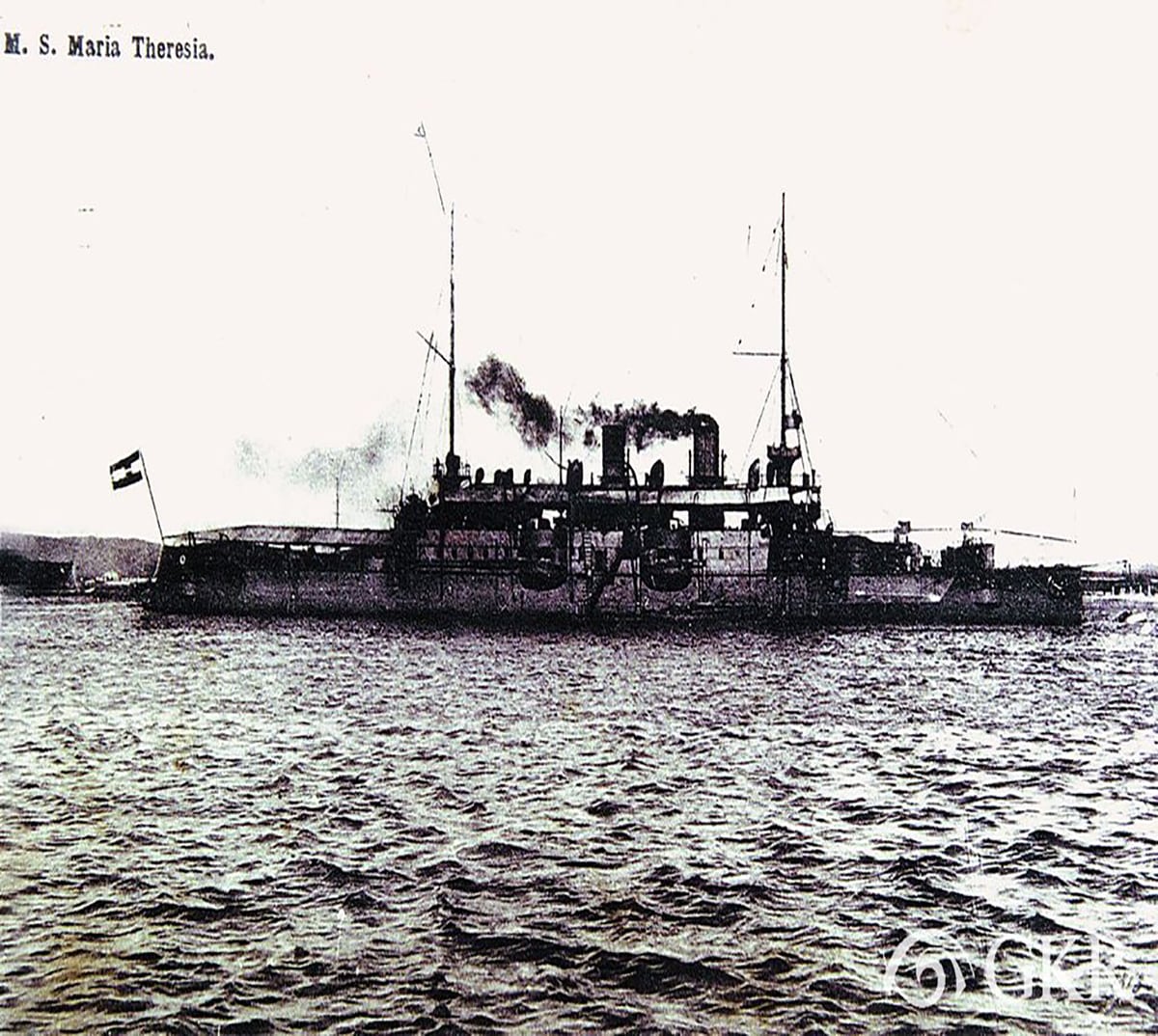 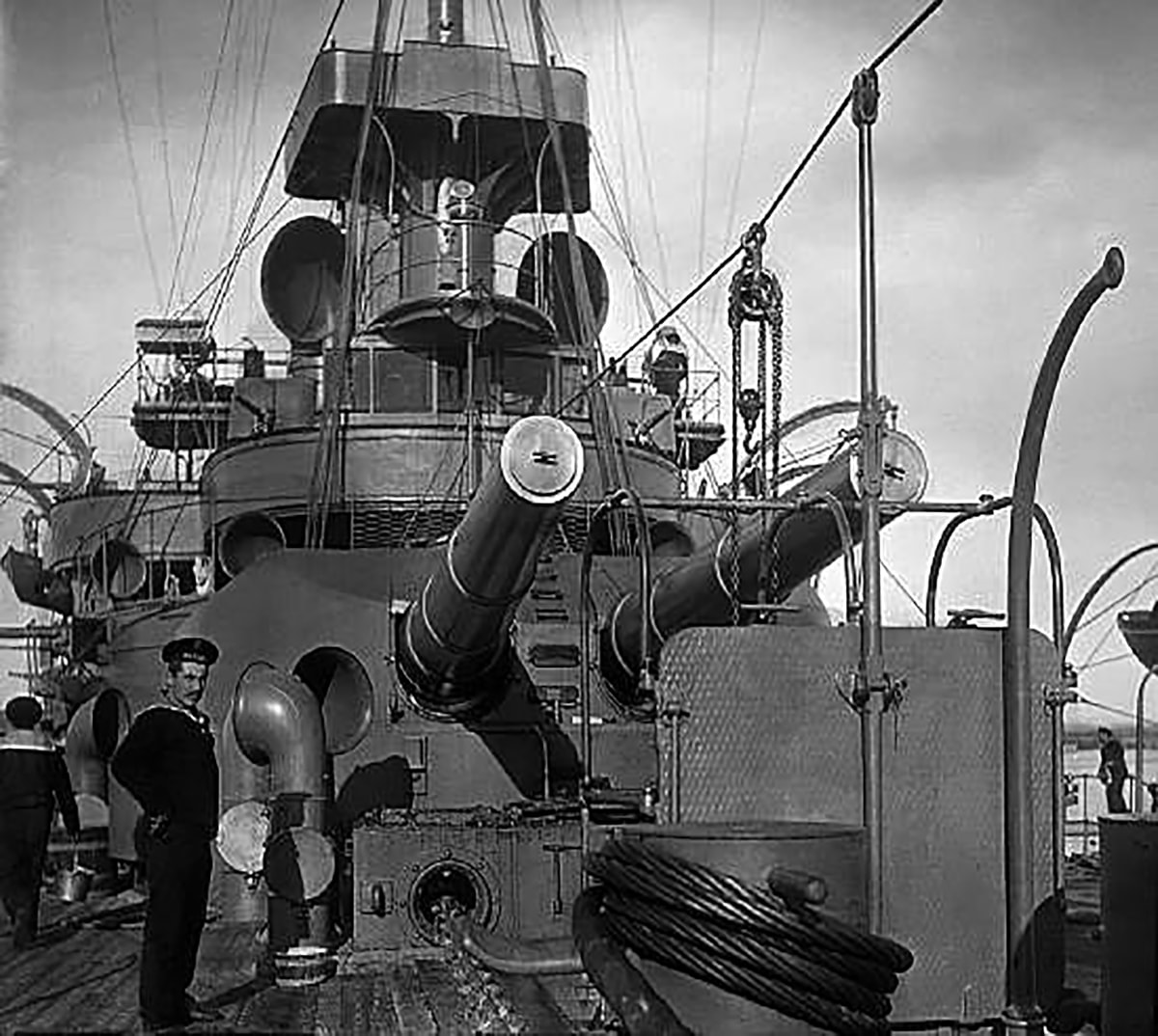 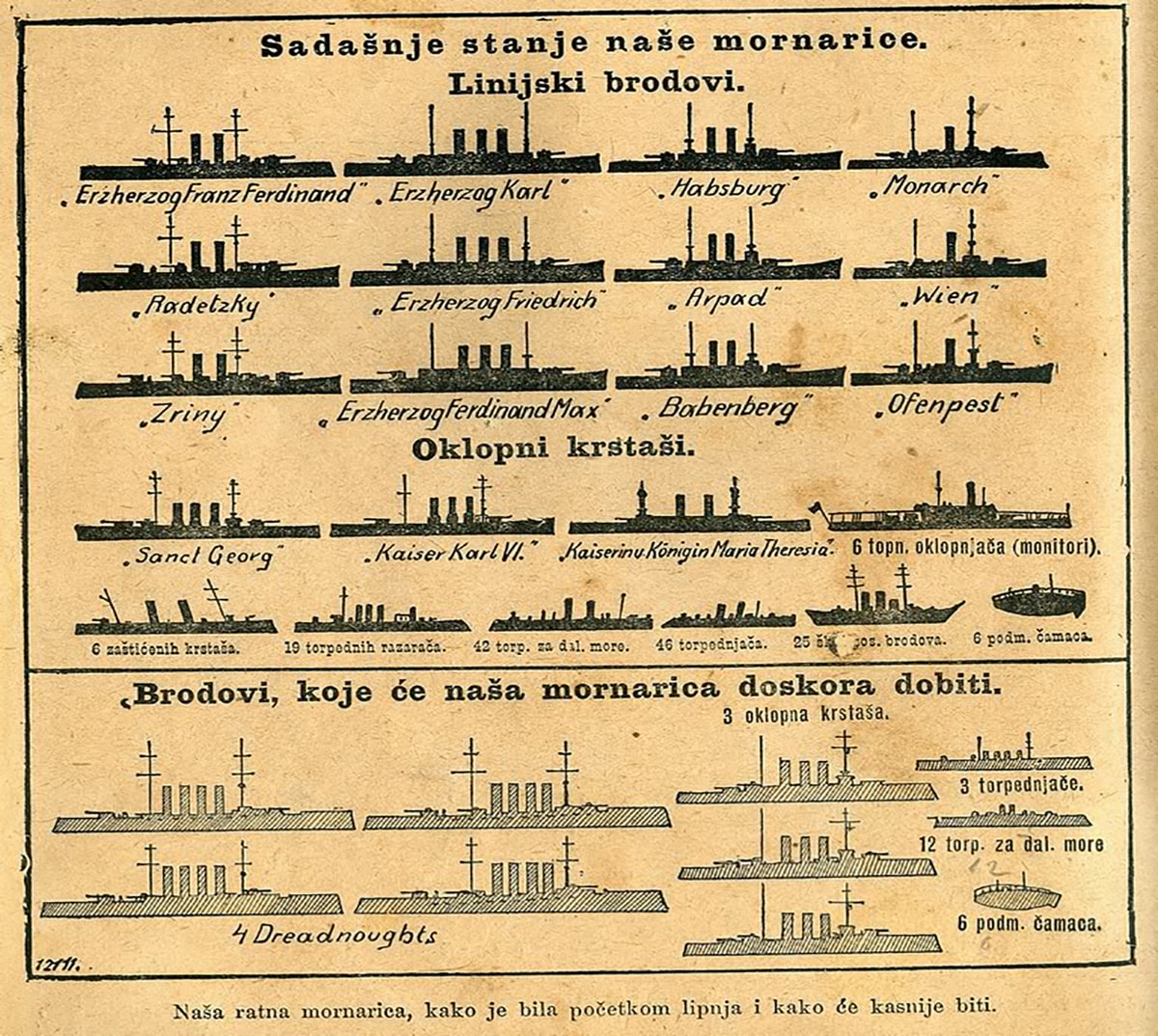