Small artefacts found in Dugopolje and Krševanje Polje bear witness of the presence of the first human communities. According to their shape and form of treatment, most of them date back to the Middle Paleolithic to the phase of the Mousterian culture (150 000 to 35 000 BC), and a lesser number to the phases of the Clactonian and Levalloisien cultures (400 000 to 150 000 BC) and Gravettian and Epigravettian cultures (35 000-10 000 BC). Flint artefacts from the Middle Stone Age, or the Mesolithic, (10 000 to 6 000 BC) were discovered at the same sites. Their shape and properties represent a gradual and steady development of cultures of the earlier period.

The Neolithic (about 6 000 to 3 500 BC) and the transition into the metal periods – the Copper Age or the Eneolithic (approximately 35 000 to 2 200 BC), a turbulent period of migration from the area of Ponta and the south Russian steppes to the emergence of Illyrian tribes has not been found. It is believed that the area was populated even during this era, however, without a confirmation obtained through research we cannot say by which cultures. Dugopolje, as well as Žman Lakes, are actually big alluviums/sediments of red soil, and it is believed that the rising of sea level significantly altered their form which is the reason for Neolithic settlements characteristic of the valleys and quiet farming life to be located precisely in the fertile fields or along the coast below sea level or in caves.

Citadels are the basic form of settlements in the Bronze and Iron Age. The first permanent settlements appeared already during the Bronze Age (approximately 2300 – 0 BC). The citadel of Omišenjak (42 m), as the oldest one, was not built on a large hill and has no defensive walls, and it is the only one with a stone grave mound on its top. In its immediate vicinity, underneath Rutnjak Hill in Dugopolje, four graves were discovered, dating back to 1800 – 1000 BC according to the findings. It is a typical Liburnian funeral – cramped bodies of the deceased laid into the ground inside a stone chest. The grave goods have the same characteristics as other grave goods in the entire Liburnian area at that time. At the stage and the culture of this area, the special characteristics are curved clamps, spiral spectacle pendants and bracelets with a gabled cross section.

The Bronze Age in Croatia was still a time of ethnic anonymity, but it gradually disappears during the Iron Age (0 BC – 1st century AD) for which it is possible to ethnically designate certain cultural groups – and in this region an important and dominant one – the Liburnians. For Liburnians, who lived in the northern part of the eastern Adriatic coast, between rivers Raša and Krka, and on the islands, on a border with Iapydes in the hinterland of Velebit, it can be said that they were real Mediterranean people, mainly oriented to the sea and across it to the opposite, Italic coast. They history can be followed in a continuous development over 900 years during the entire last century BC, and it made its mark even on the time of early romanization of the Liburnian area. According to the current state of research, we can conclude the existence of 4 Liburnian communities on Dugi Otok Island, each encompassing about 10 km of the island’s length. The Liburians maintained their power over the Adriatic Sea due to their skill of building quick, light and well-armed vessels, therefore their presence in Telašćica as one of the safest ports of the Adriatic from which they could easily control the shipping route between East and West is no wonder. Their citadels within the Nature Park area are located around Telašćica Bay on the SE part of Dugi Otok: Omiš (51 m), Omišenjak (50 m), Veli Brčastac (198 m) and Koženjak (168 m). On the locality of Vrtlac, under Rutnjak Hill, there is a dozen of dry wall dwellings made of crushed untreated limestone. The rooms are interconnected, and fragments of ceramics dating from the Iron Age and Modern Age were found on their ground. Some researchers conclude that this is a Liburnian settlement without properties of a citadel, and fragments of newer pottery confirm their later use. In support of this thesis is the well-protected position located in a ravine between two hills, away from the coast and hardly accessible, which therefore corresponds to the same defensive purpose as other fortified settlements on the hills of the Nature Park. Numerous Liburnian burial mounds were also found: on Gominjak Hill (94 m), Čuh Polje and Omišenjak (42 m). The burial mounds are about 120 m to 4 km away from the citadels, which is also the common arrangement in northern Dalmatia. A grave mound has been explored in the northwestern part of Čuh Polje, where a tomb was discovered with the deceased in a stone chest in a contracted position, together with the following grave goods: two spiral bracelets, a decorative pin and a fragment of earthenware. Based on the found objects it has been established that it originates from 8th – 6th century BC, which corresponds to the phase of Liburnian culture in the wider Zadar area. At the beginning of the Roman reign most of the citadels had been abandoned, and new settlements were built in the valleys and along the coast, assimilating the population in the new political structures of the Roman Empire. 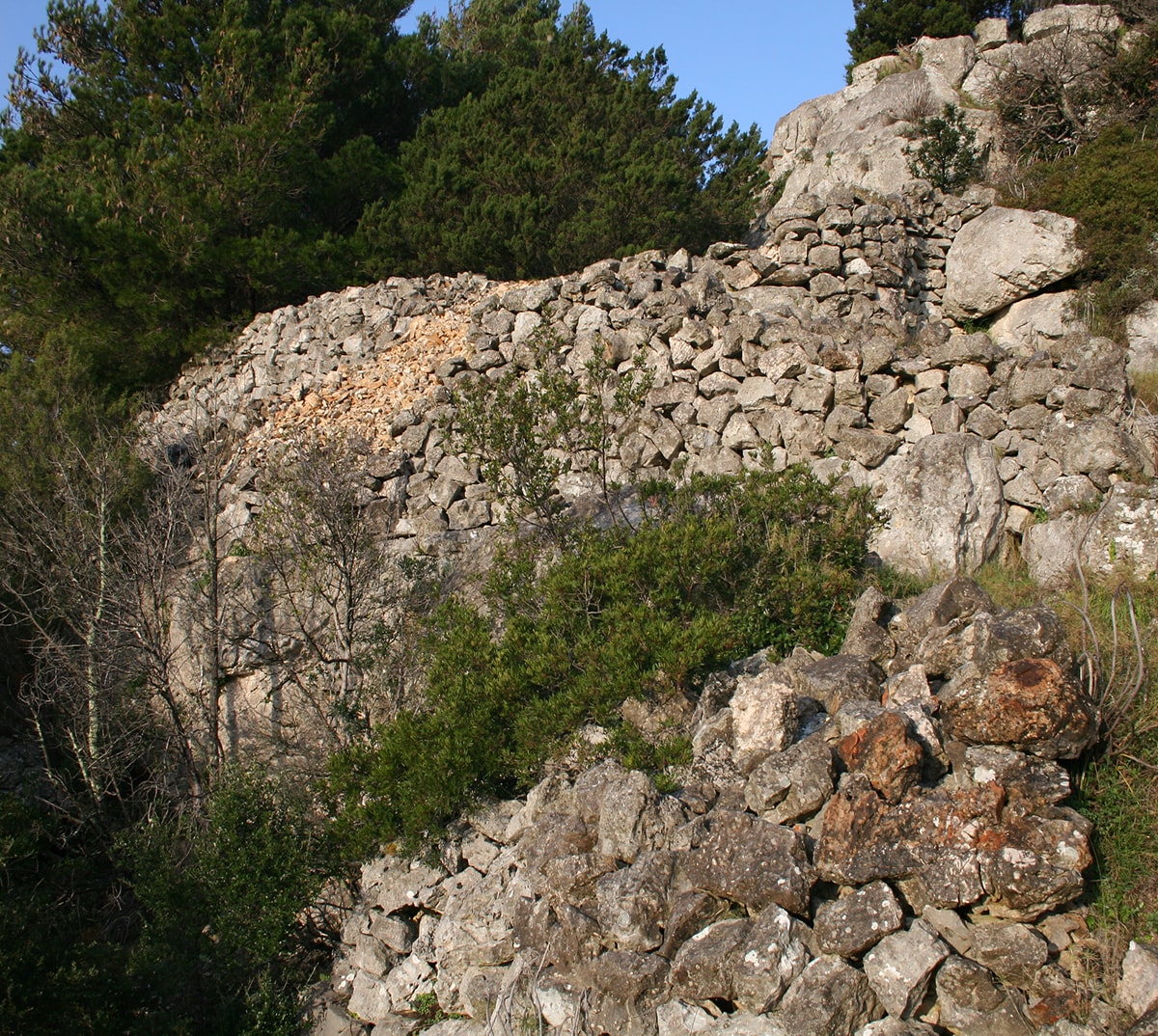 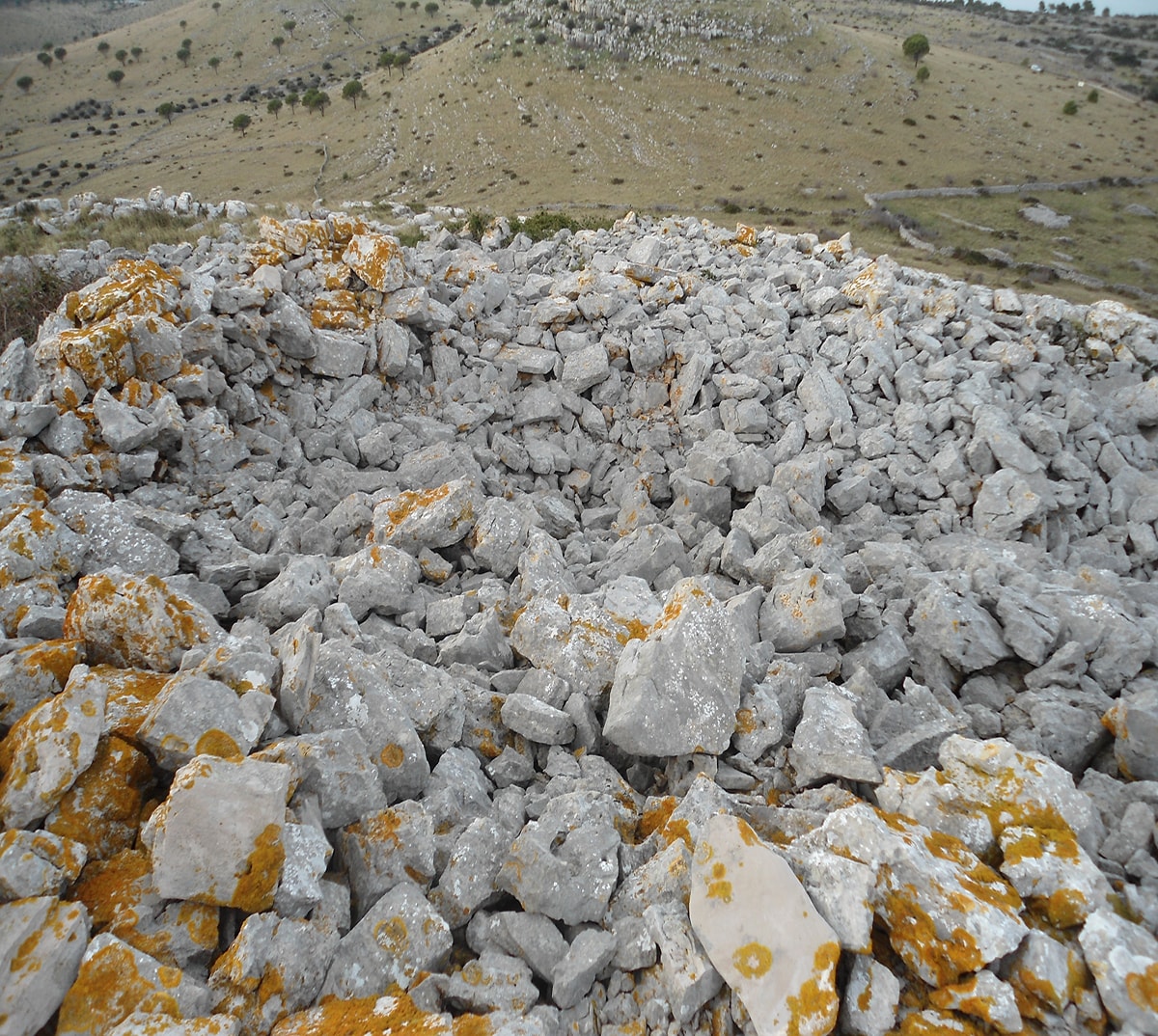 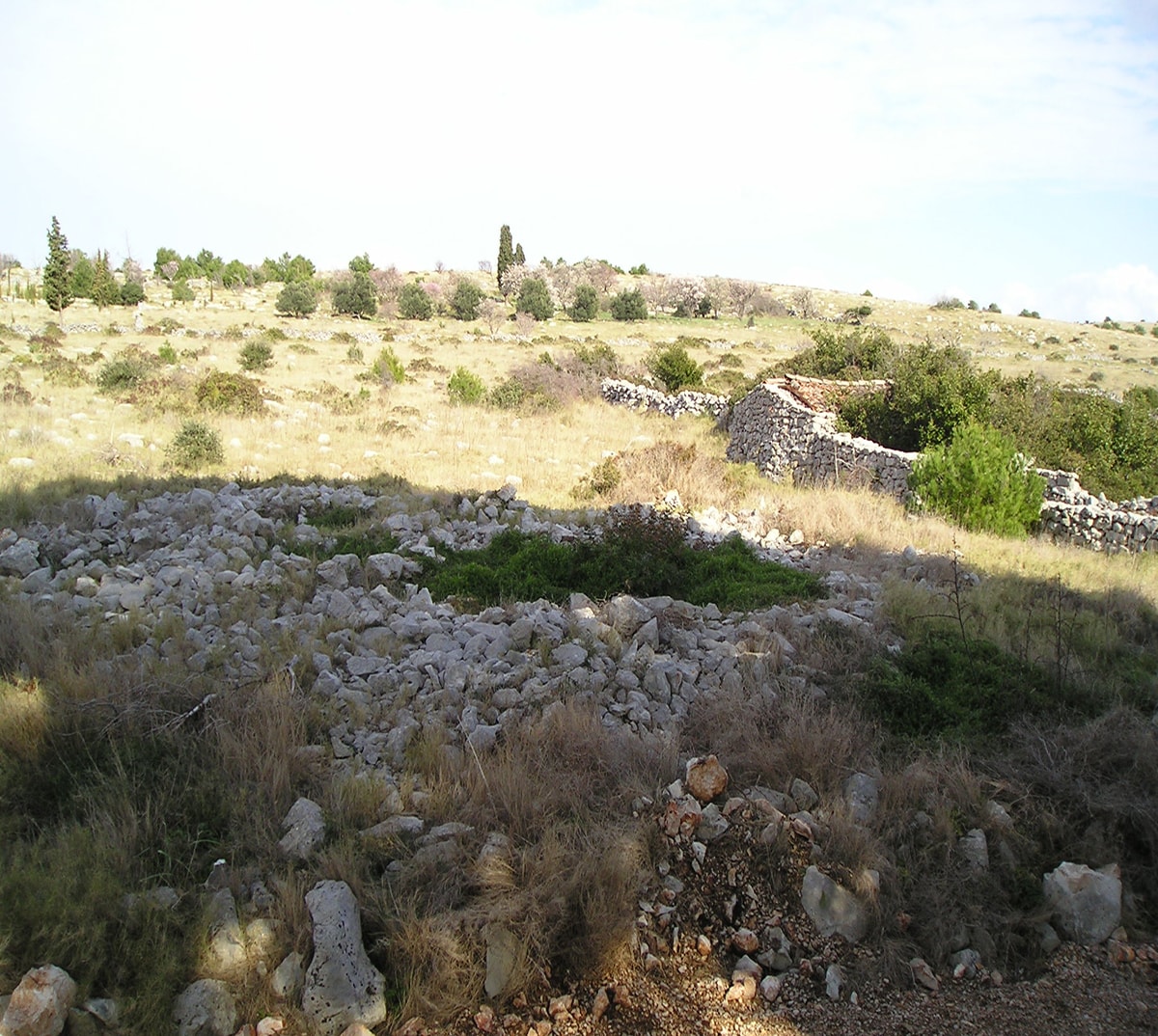 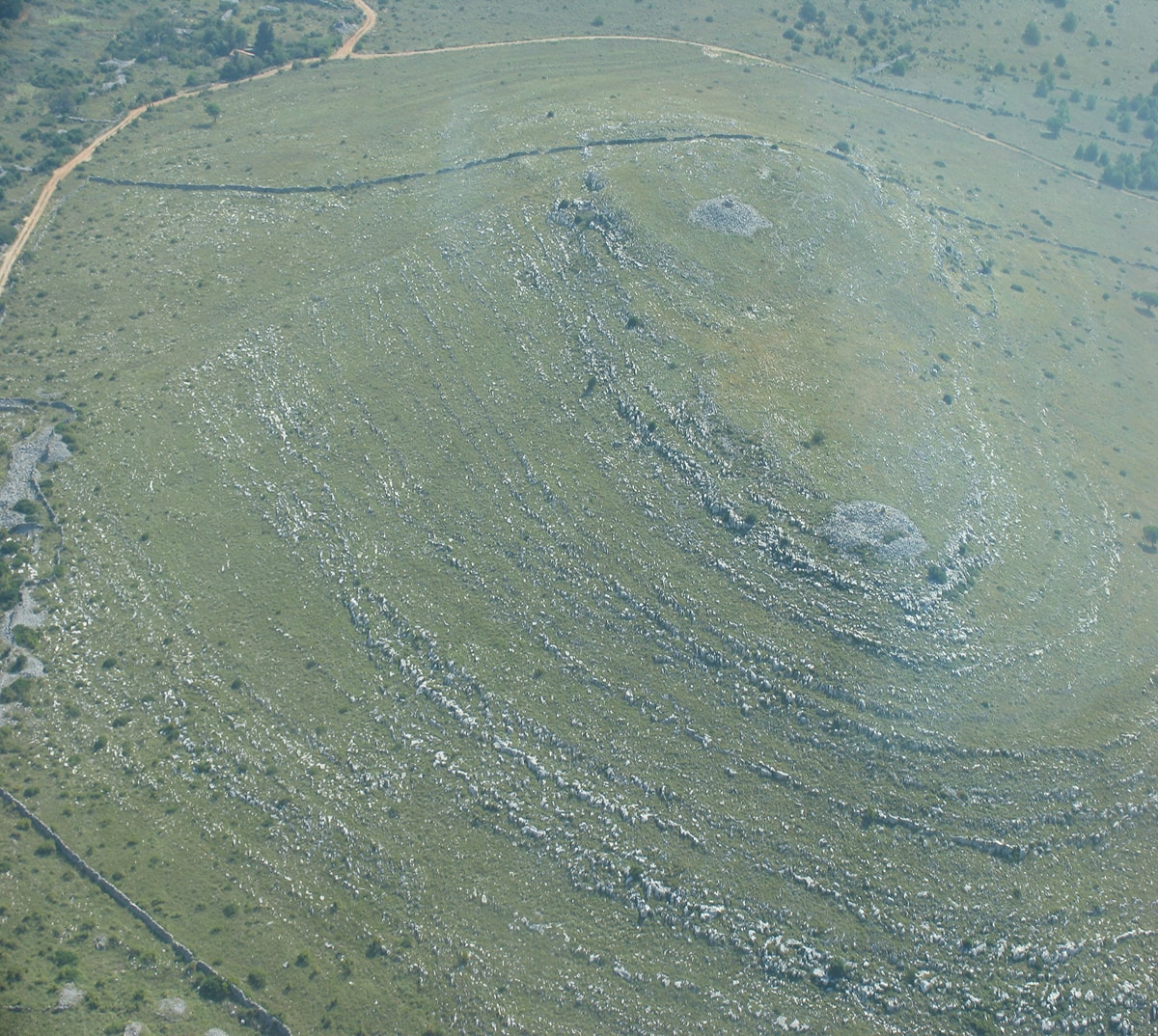 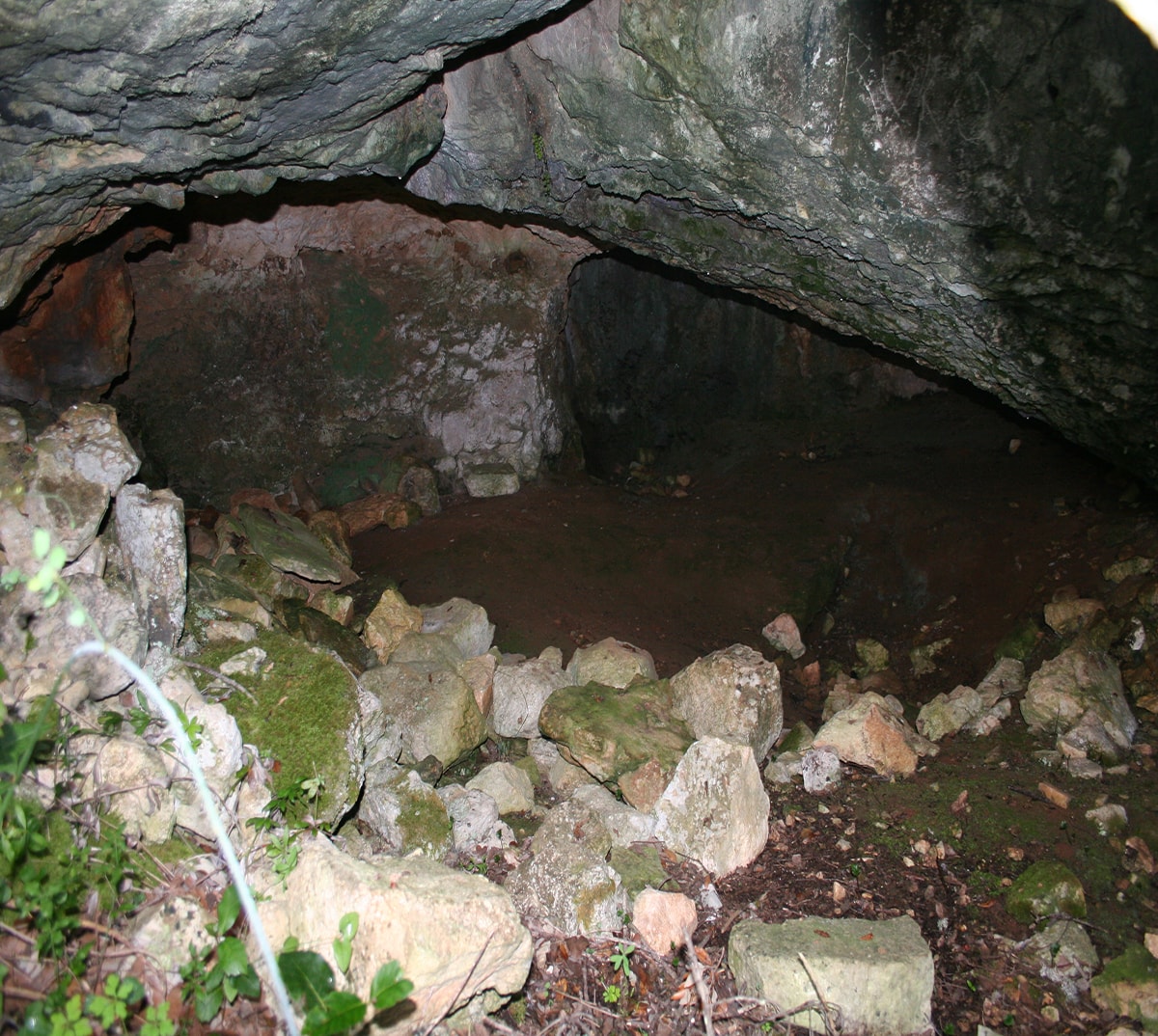 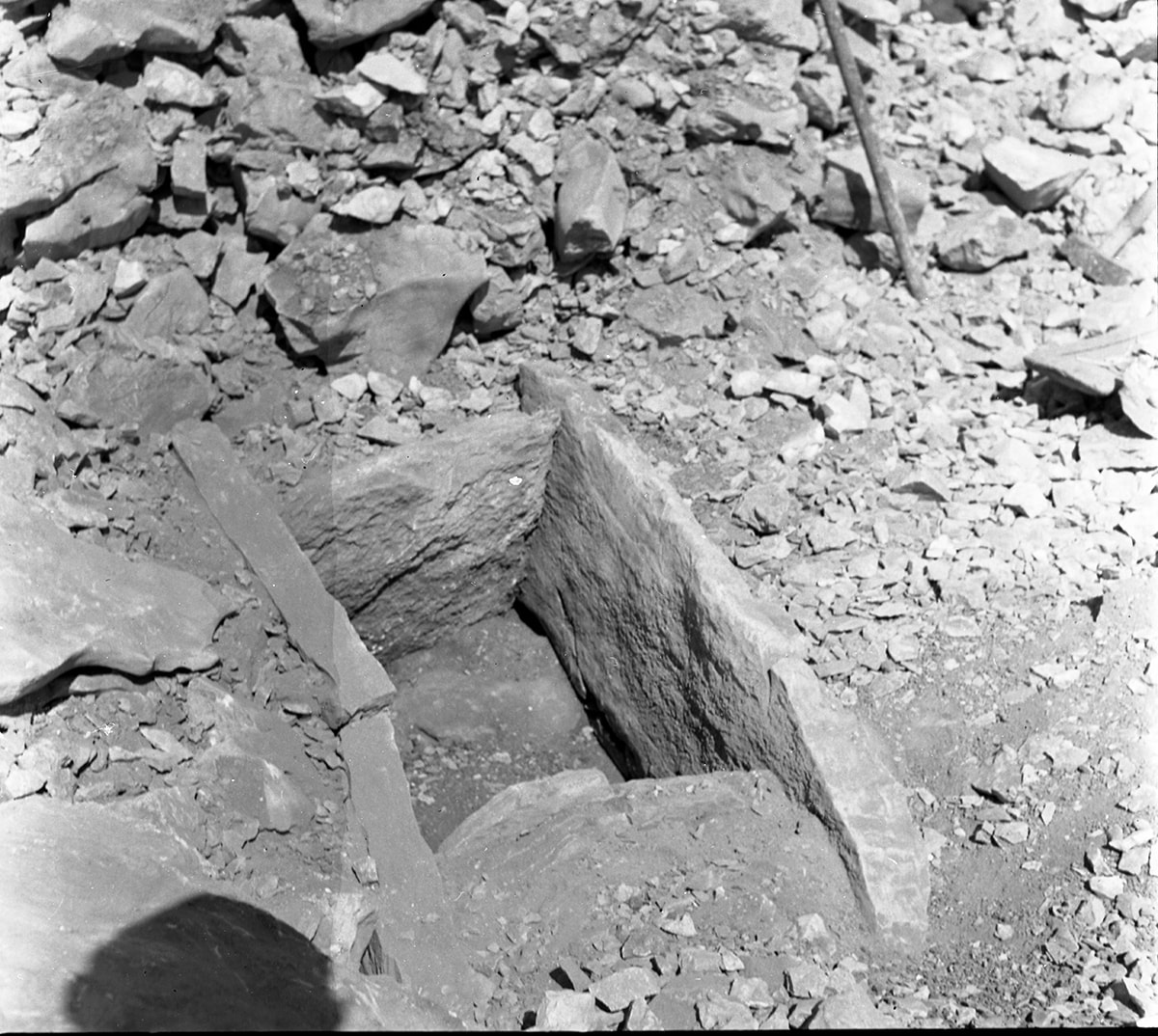 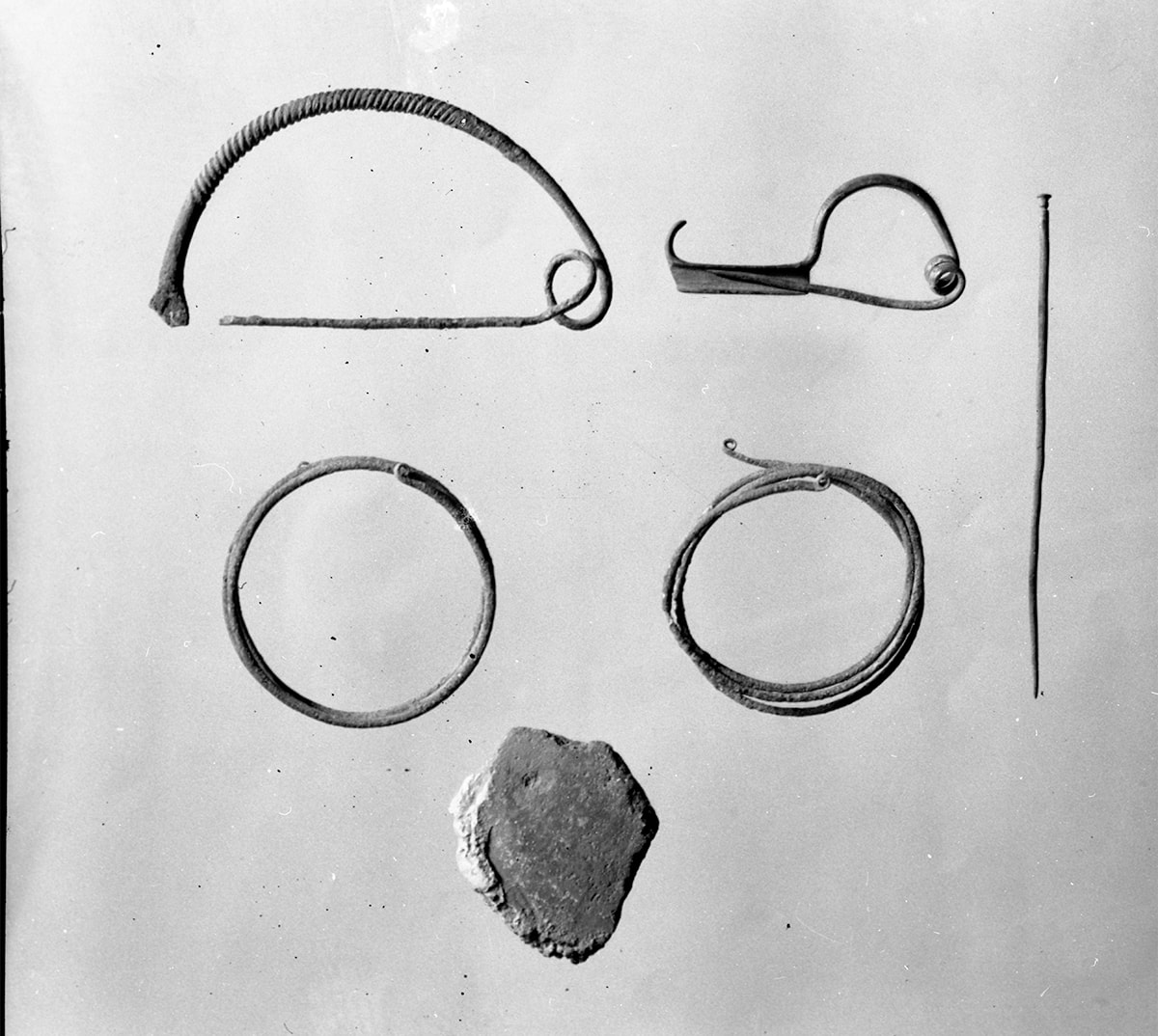 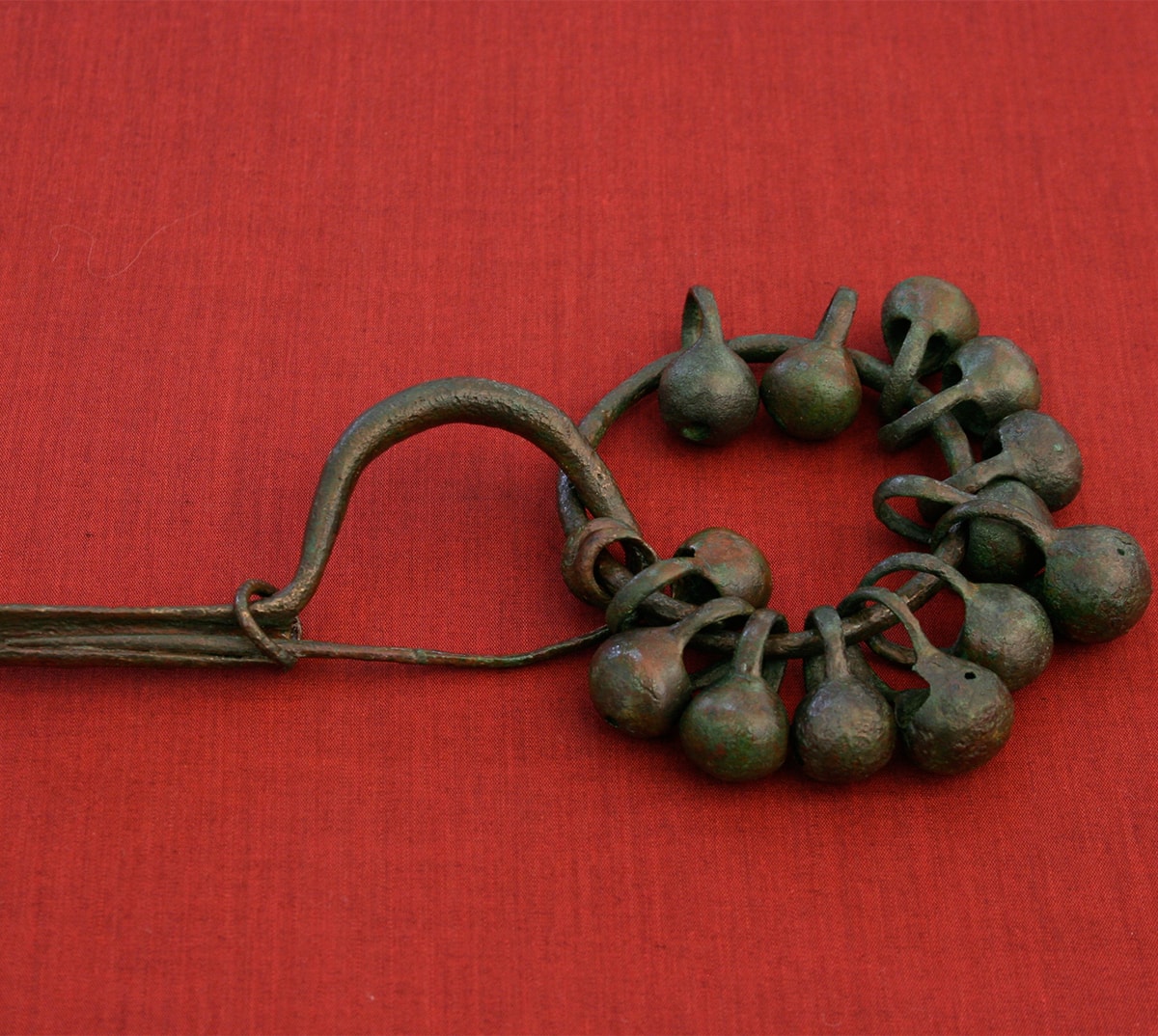